Leicester City will travel to Goodison Park to take on Everton in the English Premier League. The Foxes conceded a last-minute winner against Newcastle United in the previous round and suffered their 12th defeat of the season. They will look to earn three points against a struggling Everton side who are currently three points clear of the relegation zone. However, the Toffees won their previous game 1-0 against Manchester United and will look to earn back-to-back victories. The last meeting between the two teams ended in a 1-1 draw.

Everton have won eight, drawn four, and lost 18 of their 30 games. They’ve scored 33 goals with a 36.24 xG rate and conceded 52 goals with a 42.88 xGA rate. Only three of the Toffees’ last 10 games have ended in victories, with only nine goals scored. The above viz shows the threat creation zones for Everton. They have created more threats from the wider sides, and they like to go wide towards the right side. 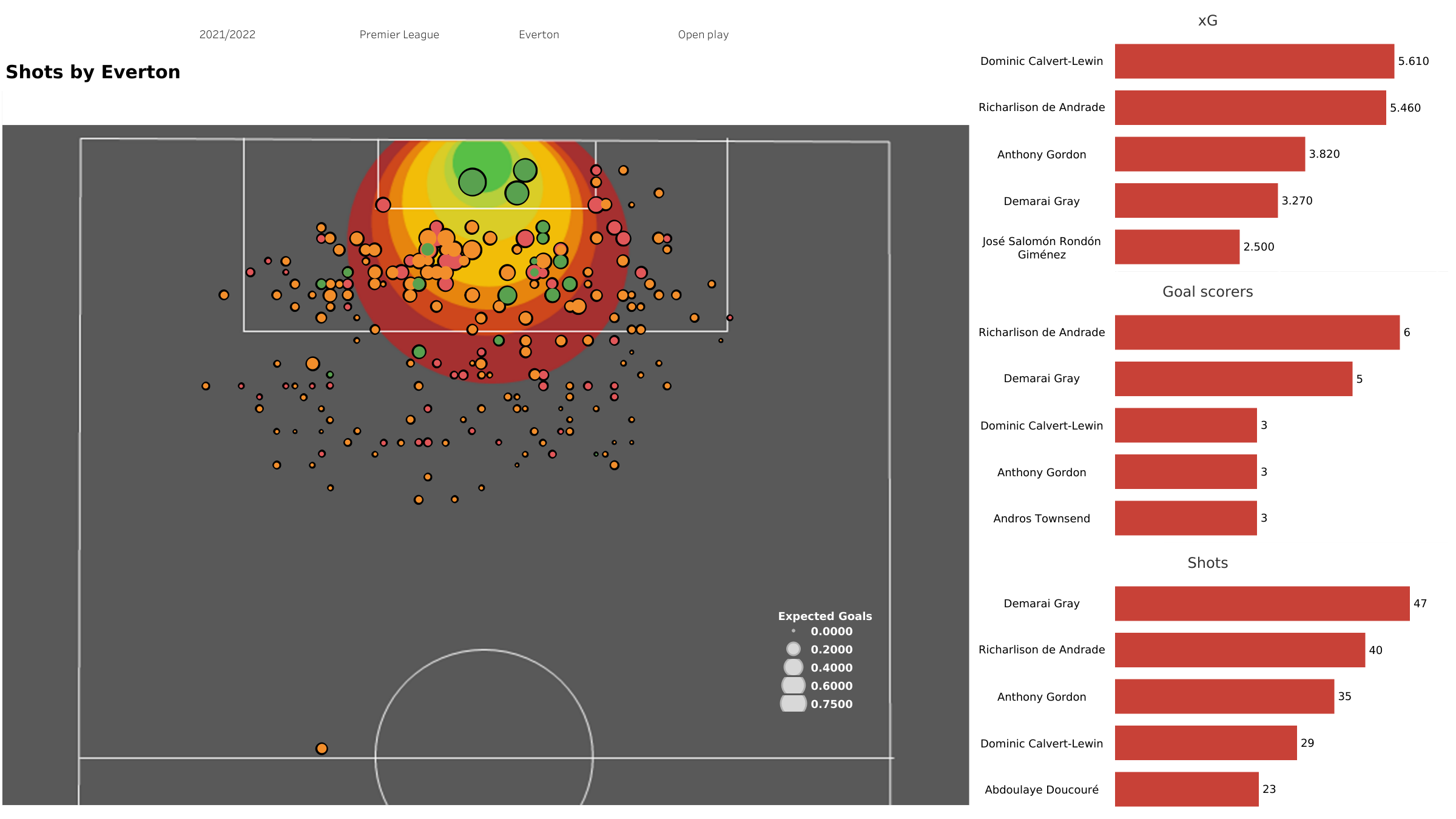 This season, Everton have made 329 attempts, averaging more than ten shots per 90 minutes. Only 106 of the 329 shots hit their intended target. In terms of hitting shots on target, the Toffees are rated 18th in the league. There have been 193 shots from inside the opposition’s penalty box, with 70 of them hitting the target. The above viz shows that Everton have scored three goals from inside the opposition’s 6-yard box. The Toffees have also managed to attempt a few shots from the left side of play. 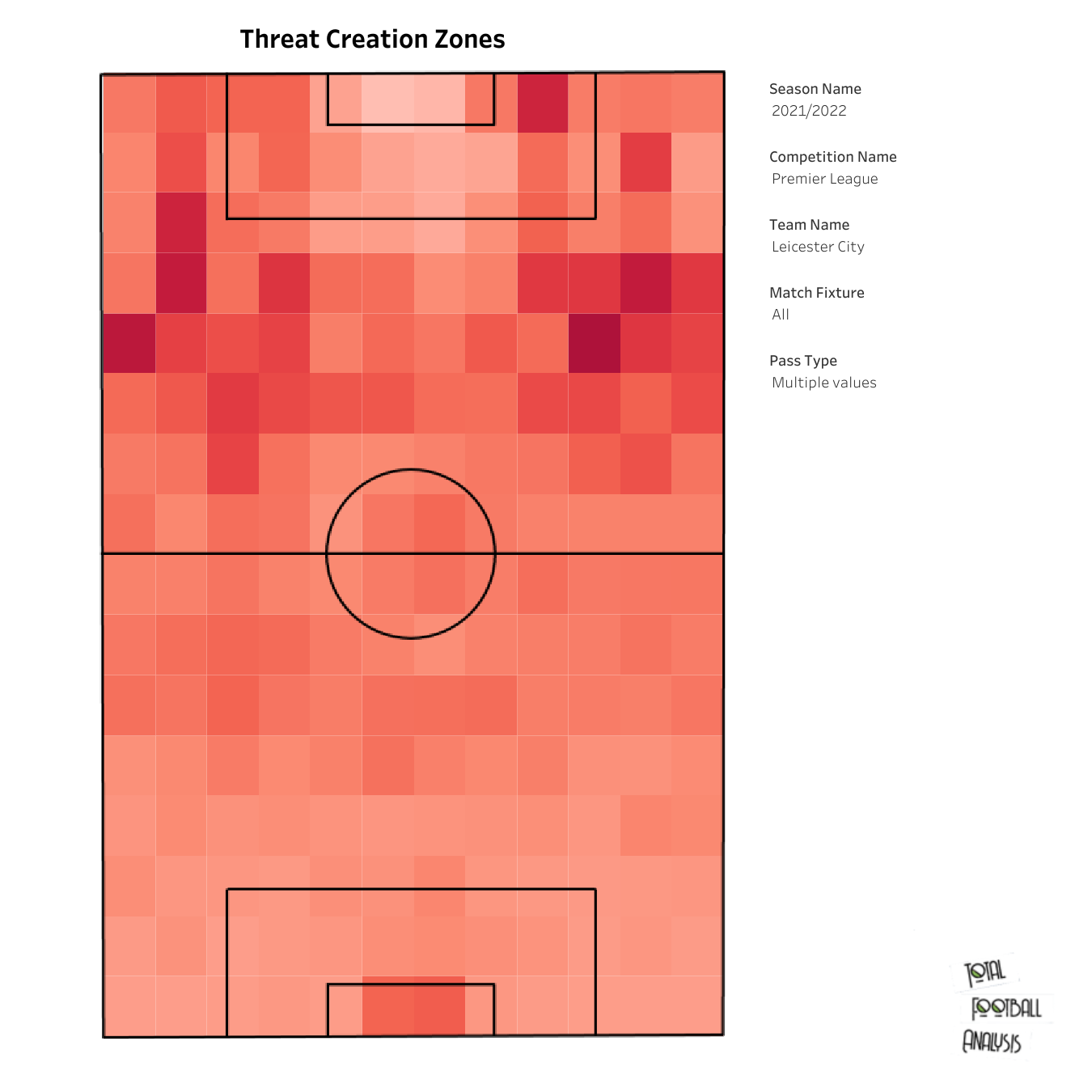 This season, Leicester City have won 11, drawn seven, and lost 12 games. With an xG rate of 38.6, the Foxes have found the back of the goal 46 times. In return, they’ve let up 50 goals with an xGA rate of 61.39, which is the second-highest in the league. The above viz shows that Leicester City have created more threats from the wider zones and have tried to get inside the opposition’s penalty box. 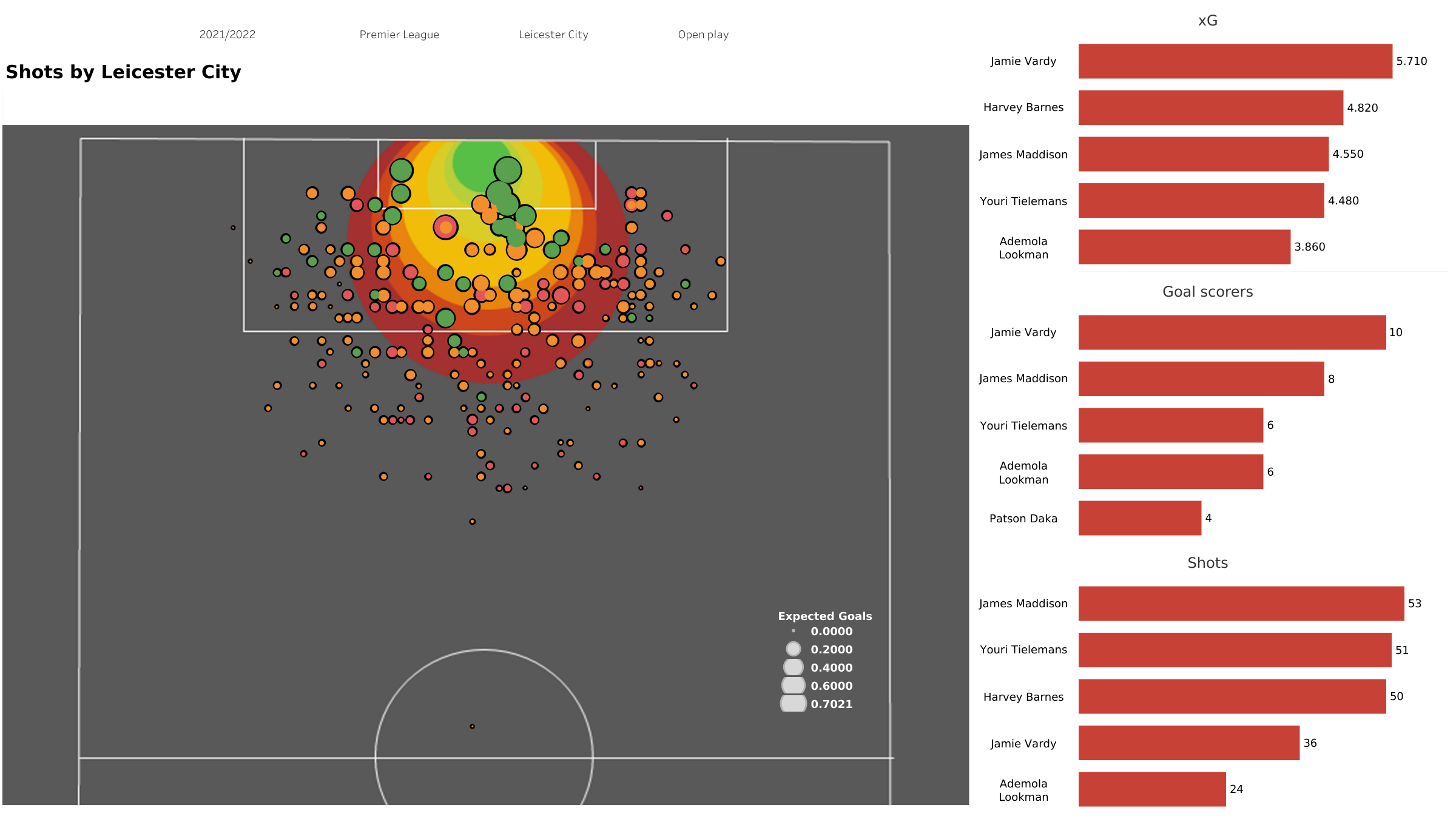 Leicester City have attempted 337 shots this season and managed to hit the target 124 times. 199 shots have been attempted from inside the opposition’s penalty box, with 84 of them being on target. The above viz shows that Leicester City players like to work the ball into the opposition box and score goals from a very close range. They have scored quite a few goals from inside the opposition’s 6-yard box. Most of the goals have been scored from shots attempted from the left side of the field.

The post Everton vs Leicester City Preview: Threat creation zones, shots from inside penalty box and more – what do the stats say? appeared first on Football analysis, news, betting and opinion from Leicester City.