West Ham United bounced back from the Europa League exit at the hands of Eintracht Frankfurt by thumping already-relegated Norwich City 4-0 away from home in the Premier League. Two Goals from Said Benrahma and a goal each for Michail Antonio and Manuel Lanzini were enough for the Hammers’ victory.

How many clearances did Norwich City make? How many passes into the final third did West Ham United complete? 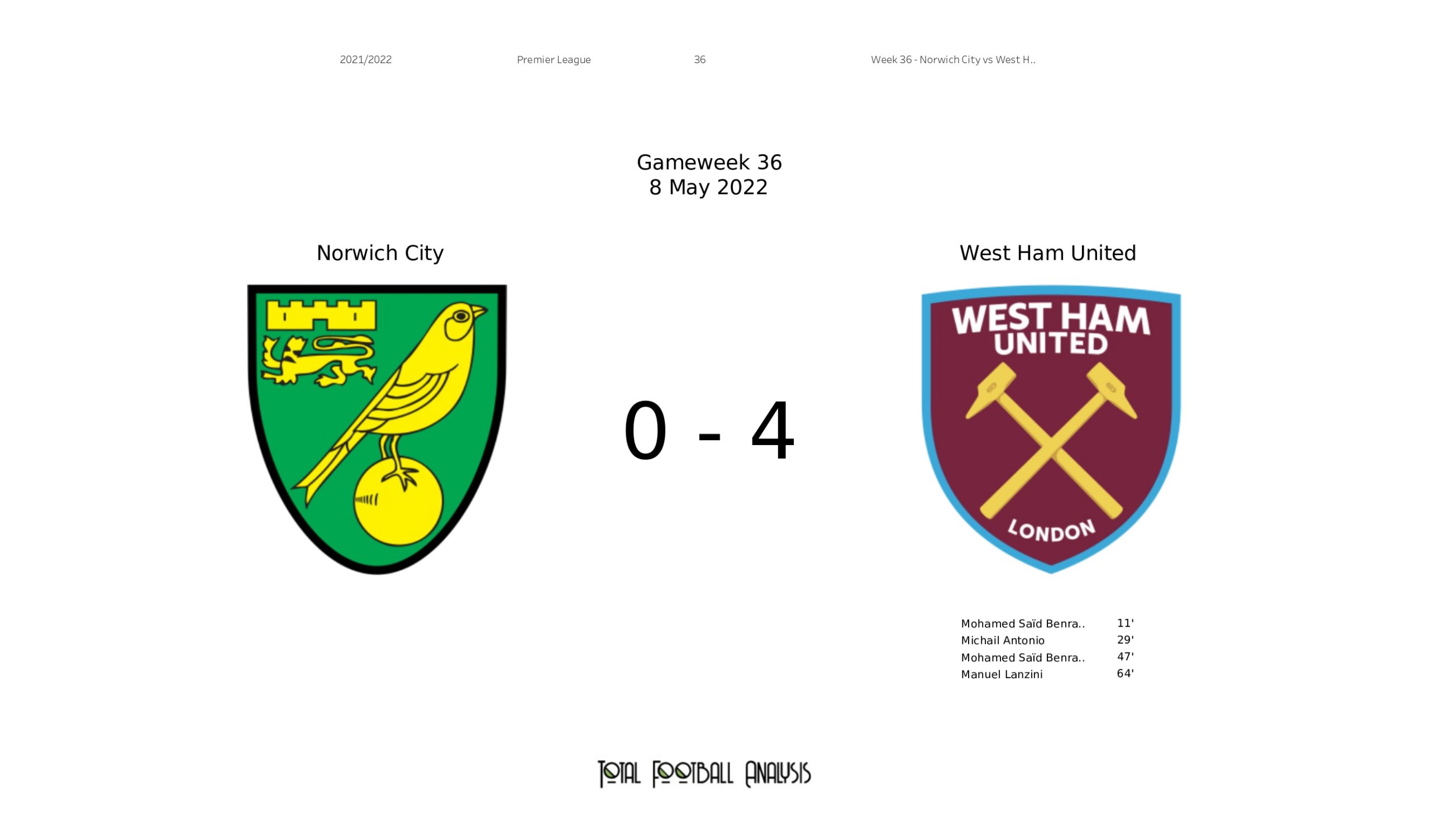