West Ham United move one point clear of Manchester United in the sixth position after they beat Everton in the Premier League.

What were the passing zones for both teams? How many offensive duels did West Ham United win? 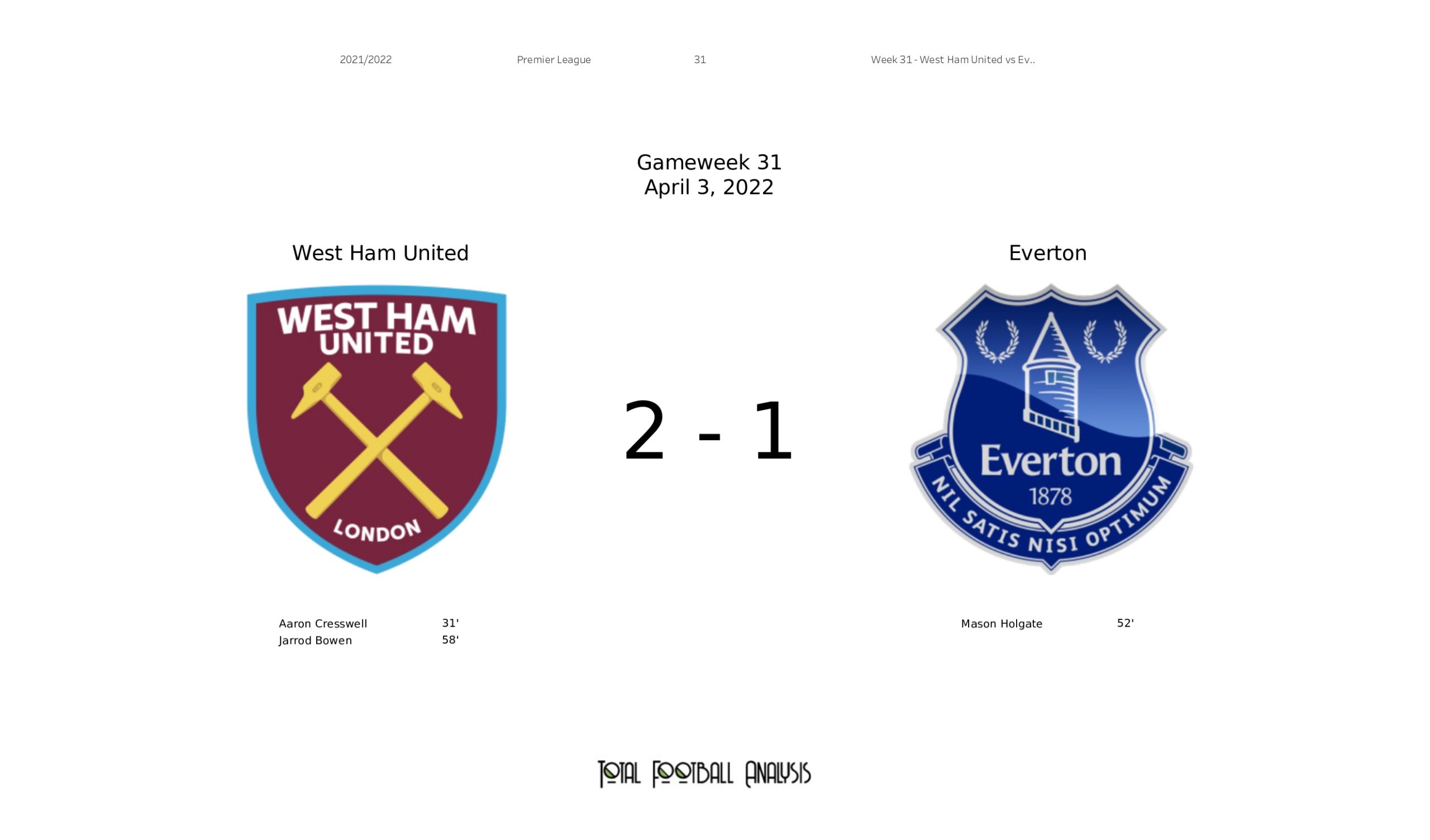