Rodrigo Moreno moved from Valencia in Spain to Leeds United in the English Premier League in the summer of 2020. The 31-year-old was brought into the team to partner Patrick Bamford in the attack. He had already played for Benfica, Bolton Wanderers, Valencia, and the Spanish national team, and brought plenty of experience to a Leeds United side that had recently earned promotion. The first season saw Rodrigo make 26 appearances, with 12 of them coming off the bench. Patrick Bamford’s form made him the favourite to start as the number nine in the team. The following season saw 31 appearances for Moreno, and this was mainly due to injuries sustained by Bamford. The Spanish striker recorded 13 goals in these two seasons. This season, things have looked a bit different for Rodrigo, and he is enjoying his best spell as a Leeds United player. Jesse Marsch’s appointment has helped Rodrigo find his goal-scoring touch, and we look at some of the stats of the striker that show how Rodrigo is becoming a prolific goal-scorer for the team. 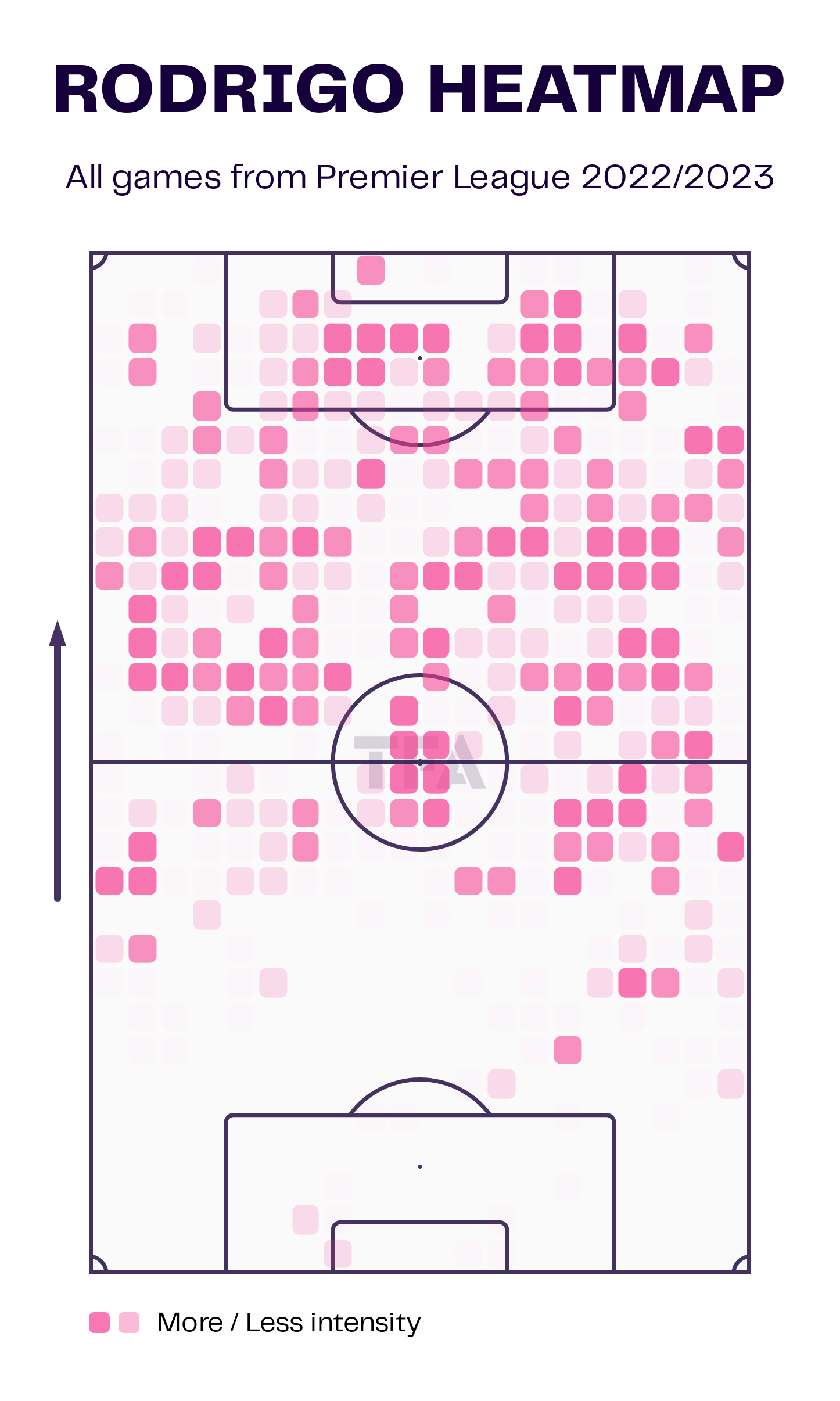 Rodrigo is the first-choice striker under Jesse Marsch. The 31-year-old has made 13 appearances, including 12 starts. He has only finished one match and has been replaced in the other matches. The striker has paid back his manager’s belief in him by already scoring nine goals in these many matches. The above heatmap shows that Rodrigo Moreno likes to cover a lot of areas in the middle third, but when it comes to the final third, he likes to stay in the centre and also likes to drift a bit towards the right side. 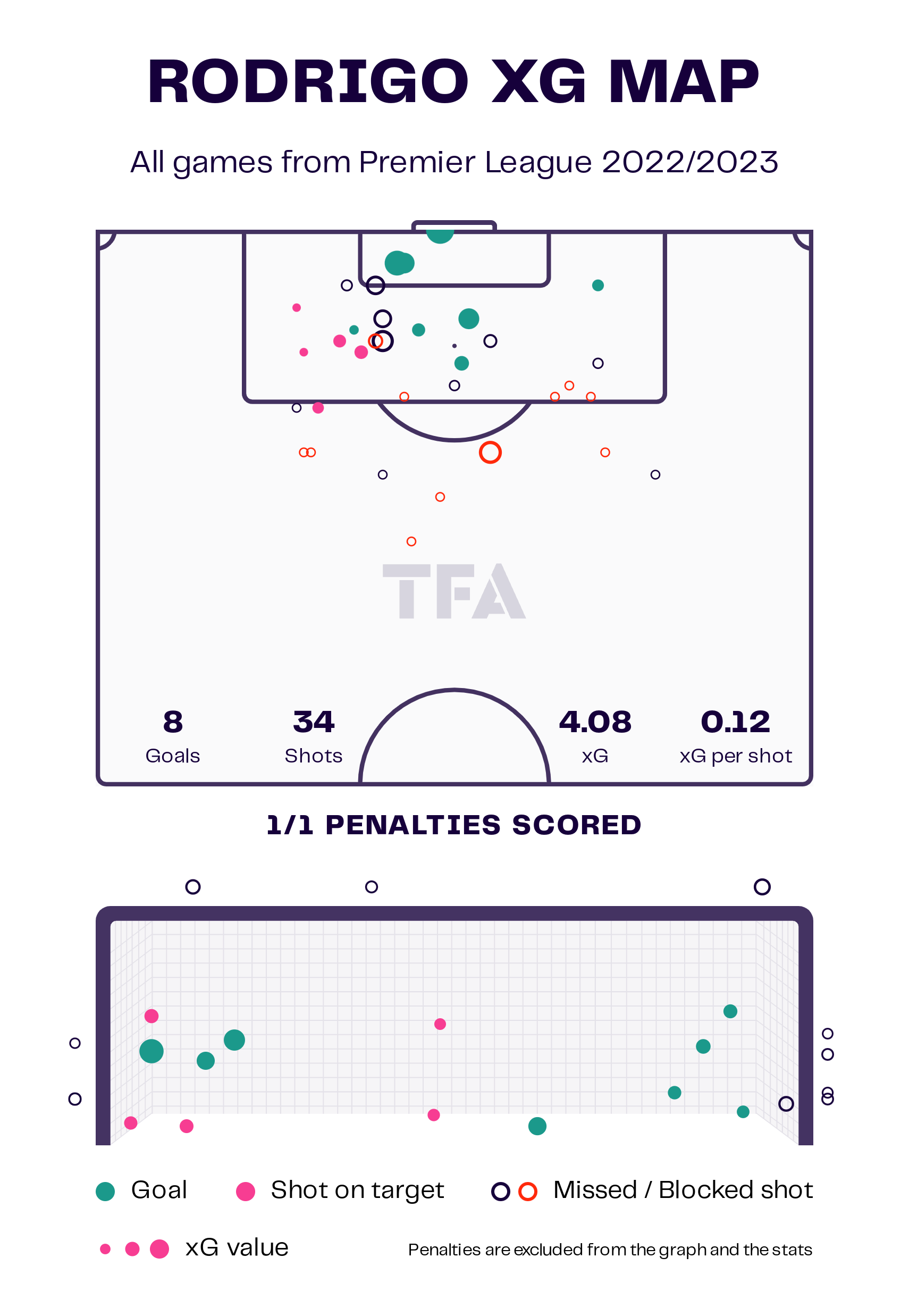 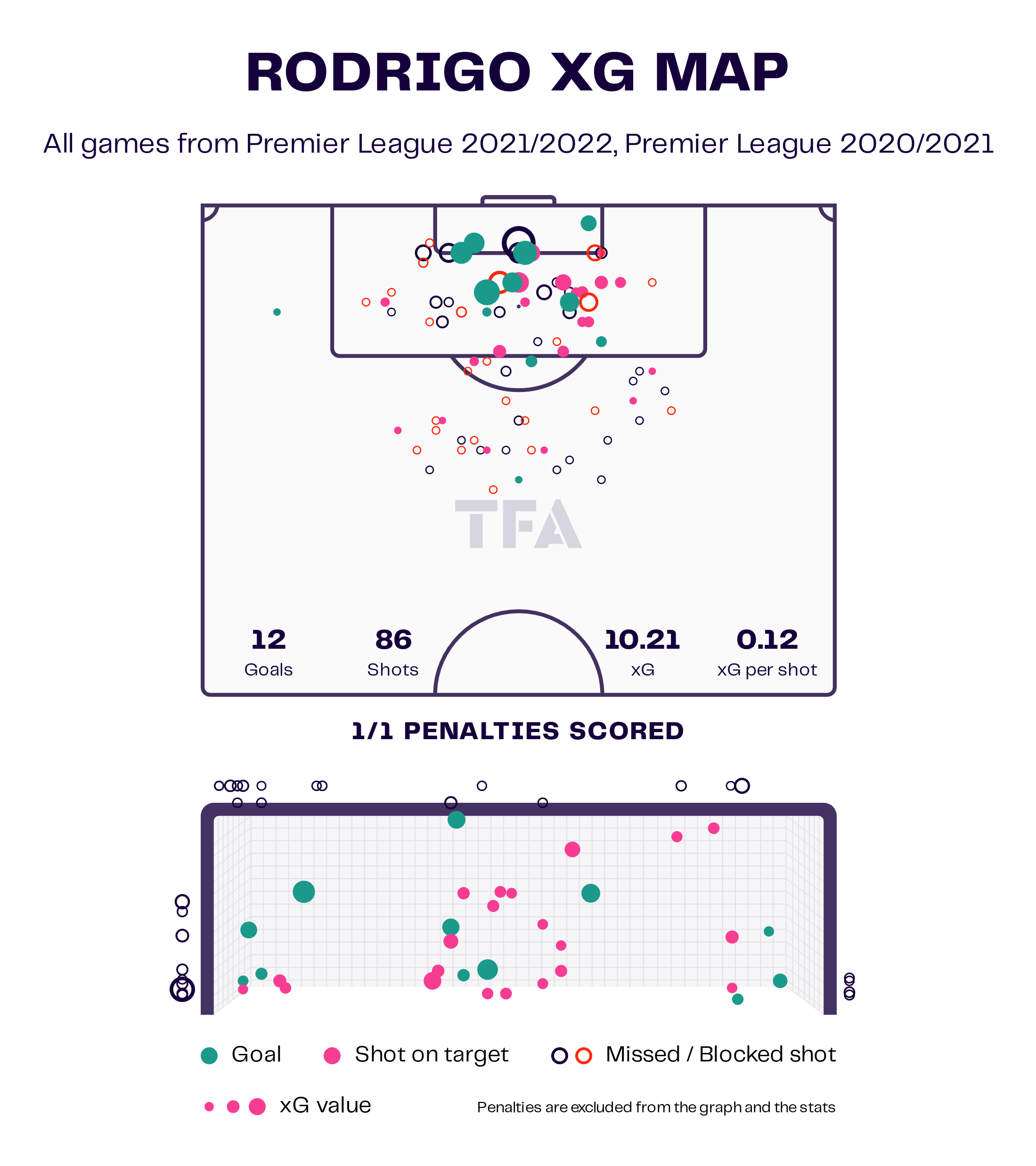 Before this season, things were a bit different for Rodrigo Moreno. In his 57 appearances combined in the English Premier League 2020/21 and 2021/22 seasons, he attempted 87 shots, of which 34 were on target. The shot accuracy was a bit similar, but his finishing wasn’t up to par. The 31-year-old didn’t trouble the keeper on most occasions, and his shots went straight into the hands of the keeper. He was unable to find the corner, and this led to fewer goals.

A late return to form 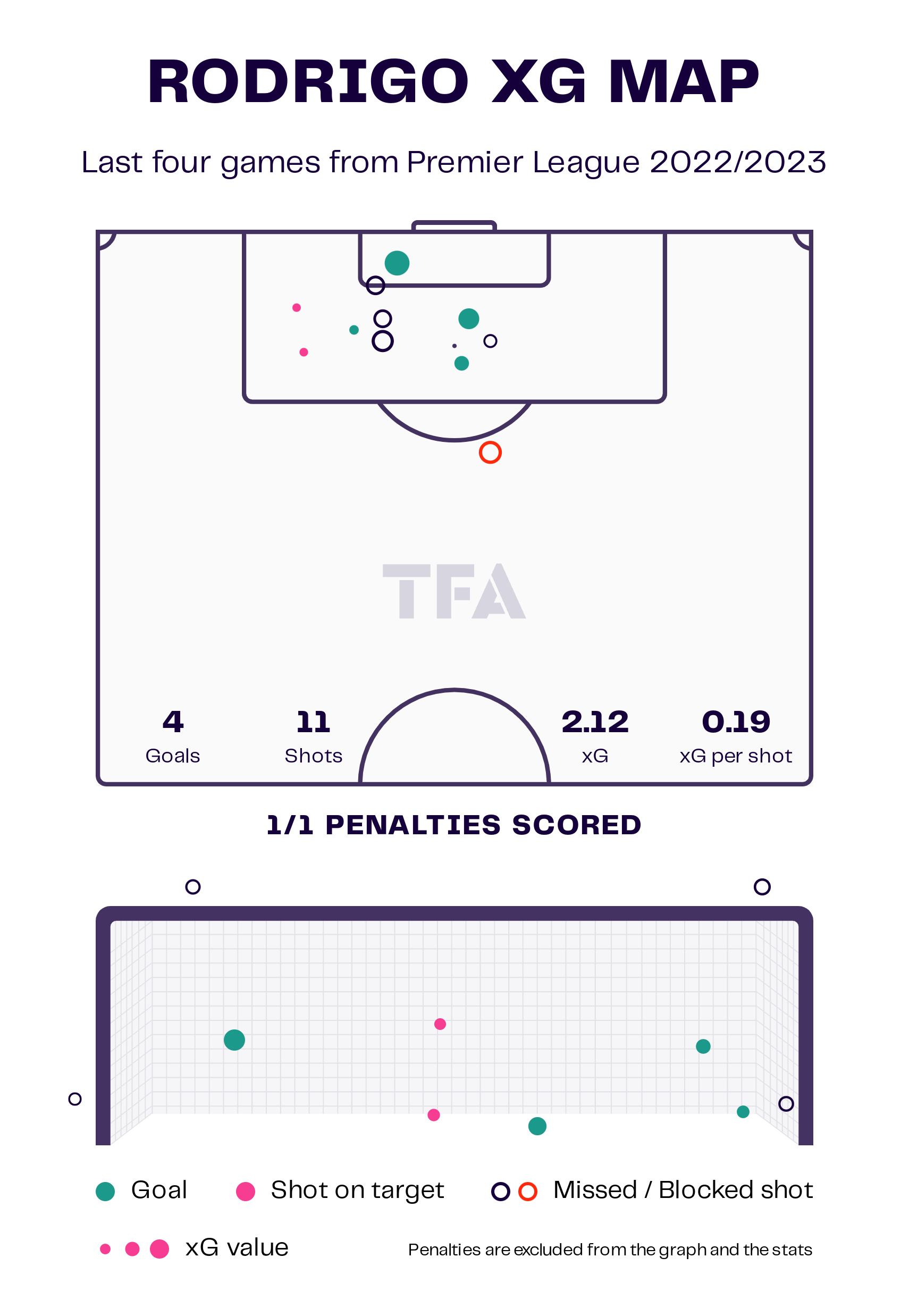 Rodrigo started the season with a bang, scoring four goals in the first three games. He had a goal drought in six matches, and Leeds United only collected two points in that period. He returned to form in the last four matches and bagged five goals, including a brace against Spurs. The above viz shows that Rodrigo Moreno attempted 12 shots, and eight were on target.

The manager will expect his striker to keep the same goal-scoring form in the post-World Cup season and take his tally above 20 goals. The Spaniard was unlucky to miss the Spanish squad for the World Cup. However, Leeds United fans will be happy to see their striker rest and will also hope that this goal-scoring form helps them to a top-half finish.