Manchester City ended the session before the World Cup on a disappointing note after a 2-1 defeat against Brentford in the English Premier League. A brace from Ivan Toney was enough to hand City their second defeat of the season. They remain five points behind Arsenal in the league table, and the Bees move into the top ten in the standings.

How many recoveries were made in the final third by Manchester City? What was Brentford’s xG rate in the match? 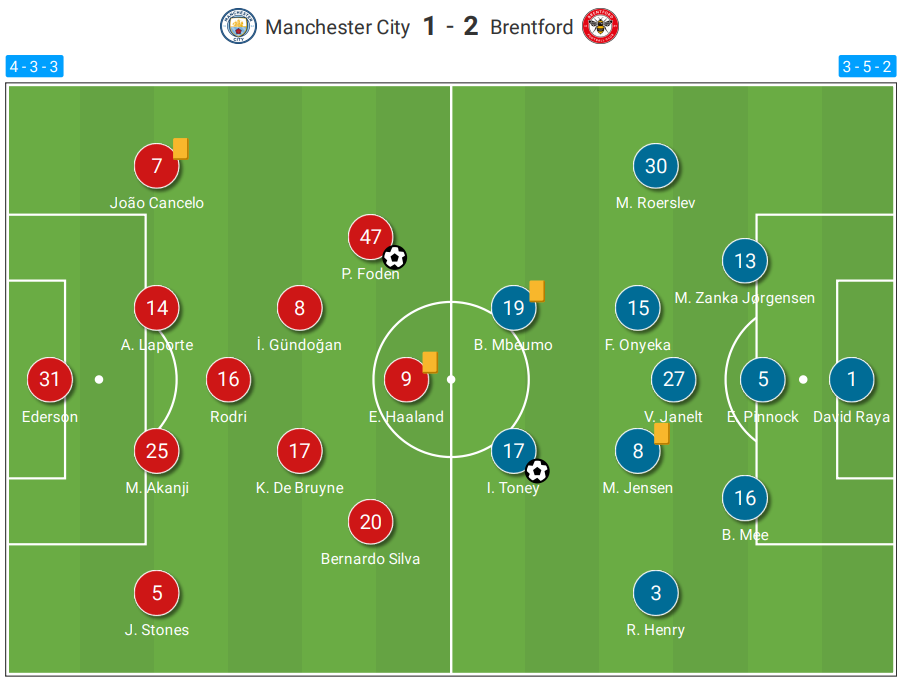