Arsenal continues to impress at the top of the table after a comeback 3-1 win over West Ham United in the English Premier League. The Hammers led by a goal to nil in the first half after Said Benrahma scored a penalty. Mikel Arteta’s side kept their composure and went on to score three goals in the second half. Arsenal have a 100% record at home with seven wins in seven games.

What was the passing accuracy rate for Arsenal? How many shots were attempted in the first half by West Ham United? 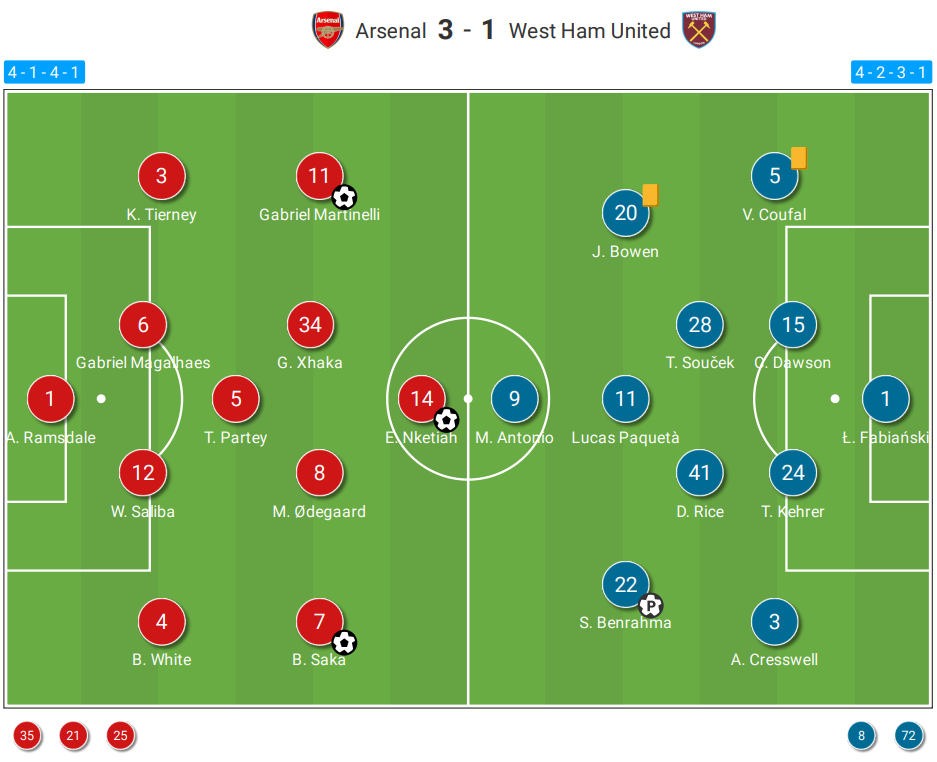