Manchester United aim to get closer to the top four when they take on Nottingham Forest in the English Premier League. Both teams won their last match before the international break and look forward to back-to-back wins. The home team is just outside the UEFA Champions League spot, while Forest are struggling in the relegation zone on their return to the biggest stage.

The Red Devils have won eight, drawn two, and lost four matches this season. They have managed to score 20 goals and concede the same number of goals. Manchester United averages 1.36 xG and 1.65 xGA per 90 minutes.

Nottingham Forest have won three, drawn four, and lost eight matches this season. They have managed to score only 11 goals with an average xG rate of 1.19. The defence has conceded 30 goals with a high xGA rate of 2.05. Forest have only lost one of their last five matches, and this will be the biggest positive in their search for a fourth victory this season. We now look at some of the stats that could predict the outcome of the match. 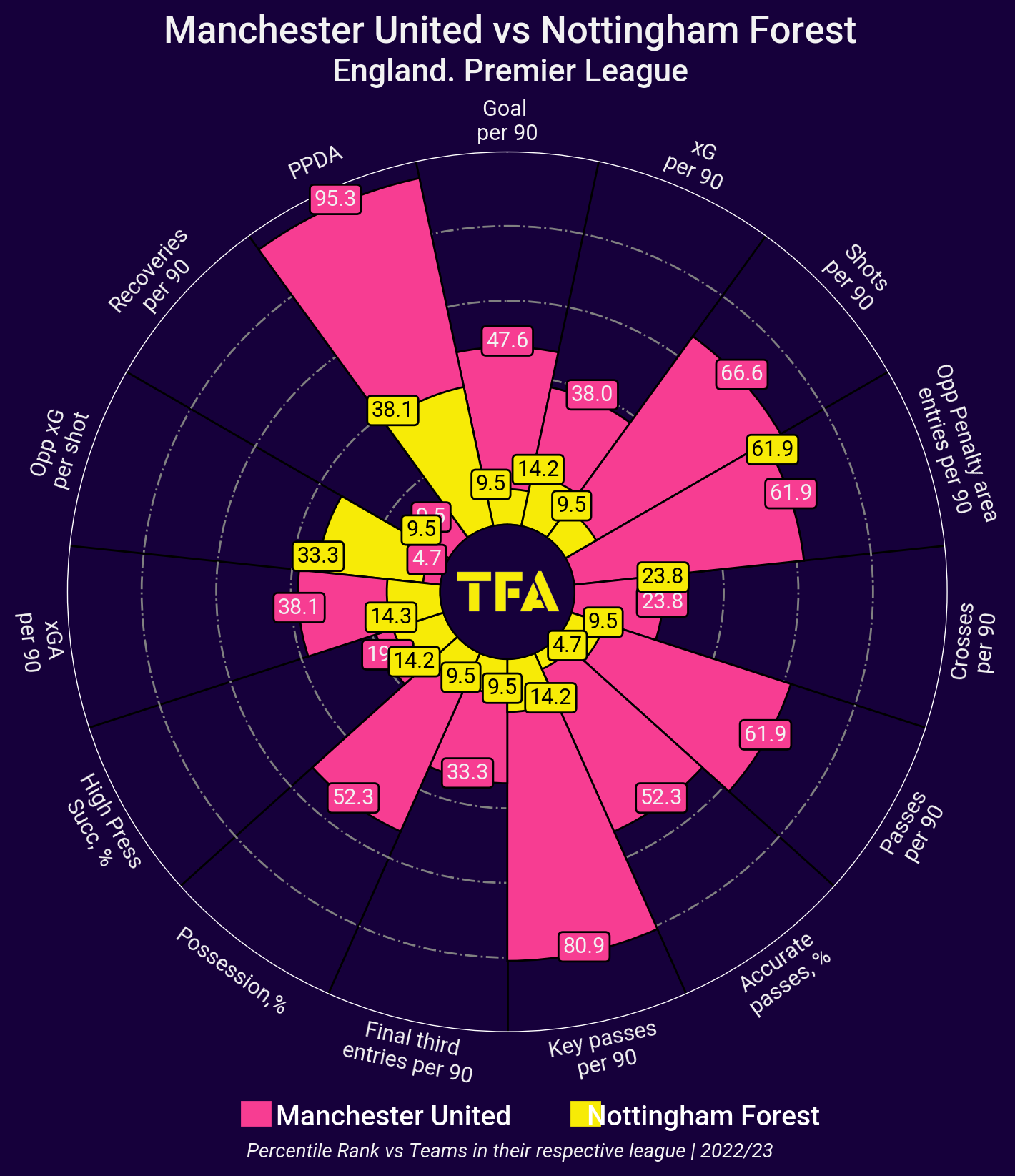 The above viz shows the percentile rank of both teams against the other teams in the English Premier League. There is also a comparison shown between the percentile ranks of the two teams. It can be observed that Manchester United have shown dominance against Forest. Overall, the Red Devils have an average percentile rank but are ranked highly in attempting key passes and for passes allowed per defensive action. Nottingham Forest are one of the lowest performers in the league, and they are ranked very low in the league.

The Red Devils carrying threat on the counters

Manchester United are not a very attacking side. They have only scored 20 goals and have a comparatively low xG rate compared to the other top teams. However, the Red Devils have shown efficiency in the attacks and are carrying a bit of a threat from counterattacks. 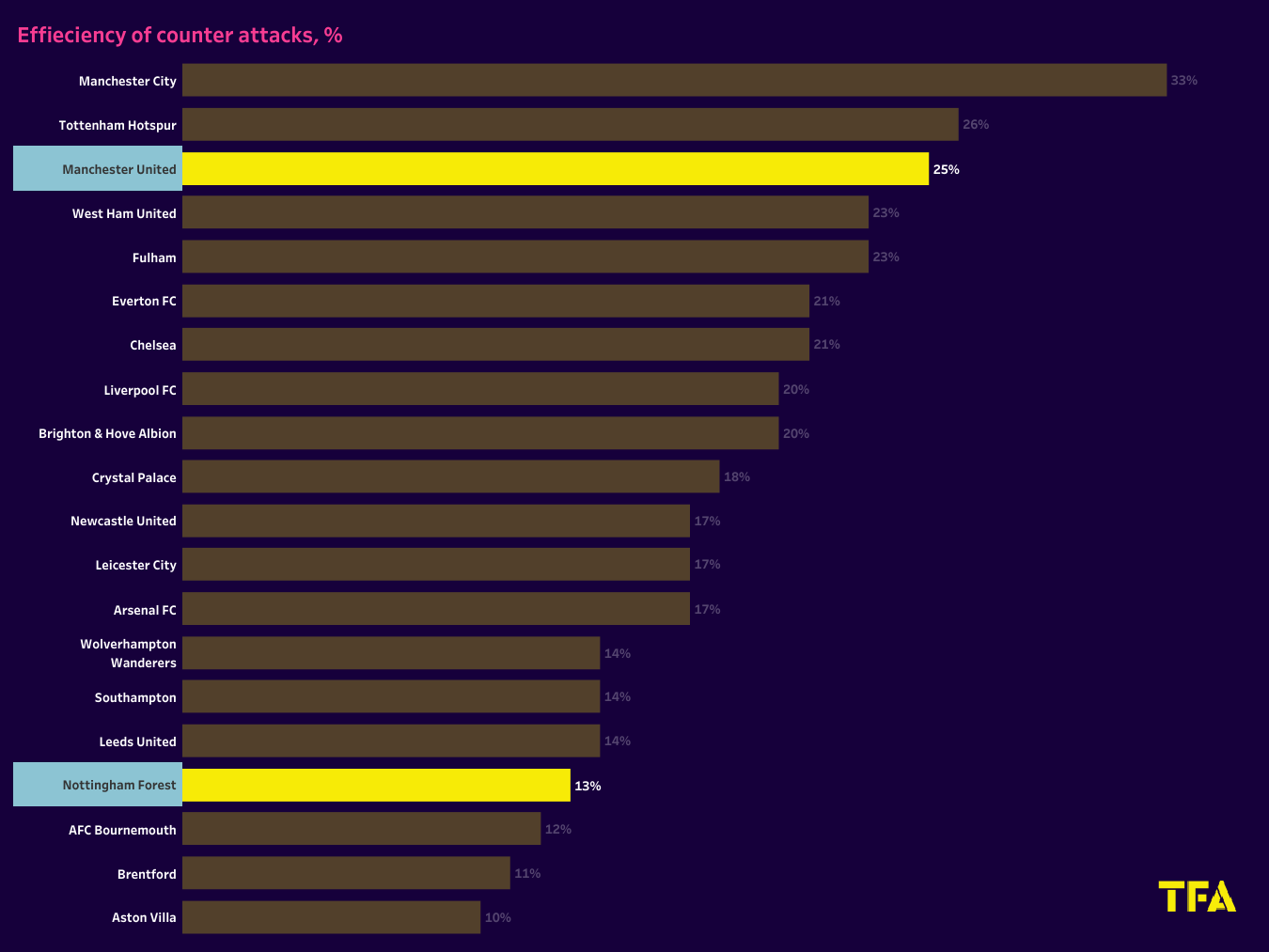 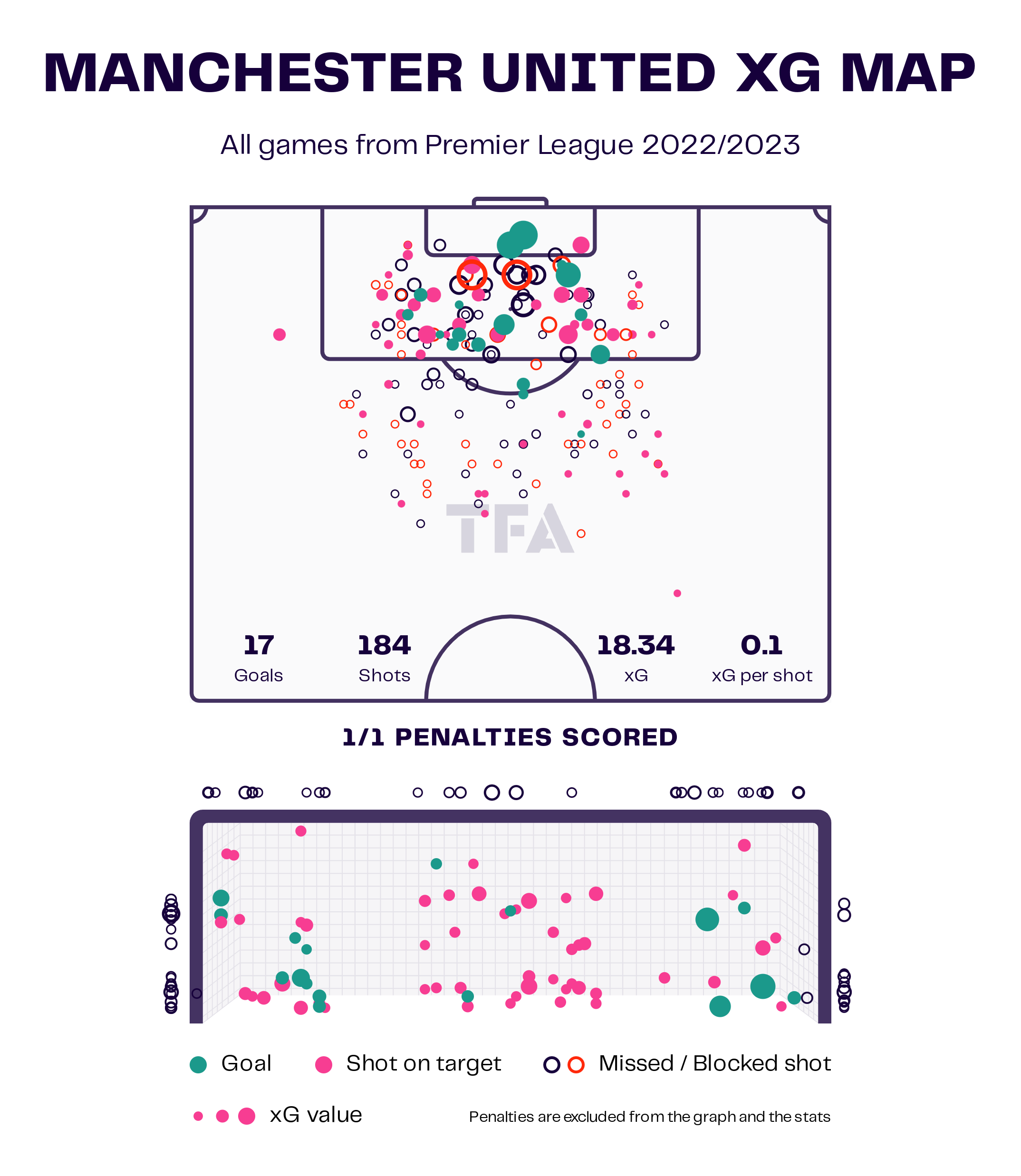 The home team takes 13.2 shots per match and has an accuracy rate of 37.3%. It can be observed that Manchester United have scored more goals from the central zones. The left side is the most preferred one for United players, as most of them like to cut inside to score a goal. They will look for improvements in this match.

Forest struggles away from home 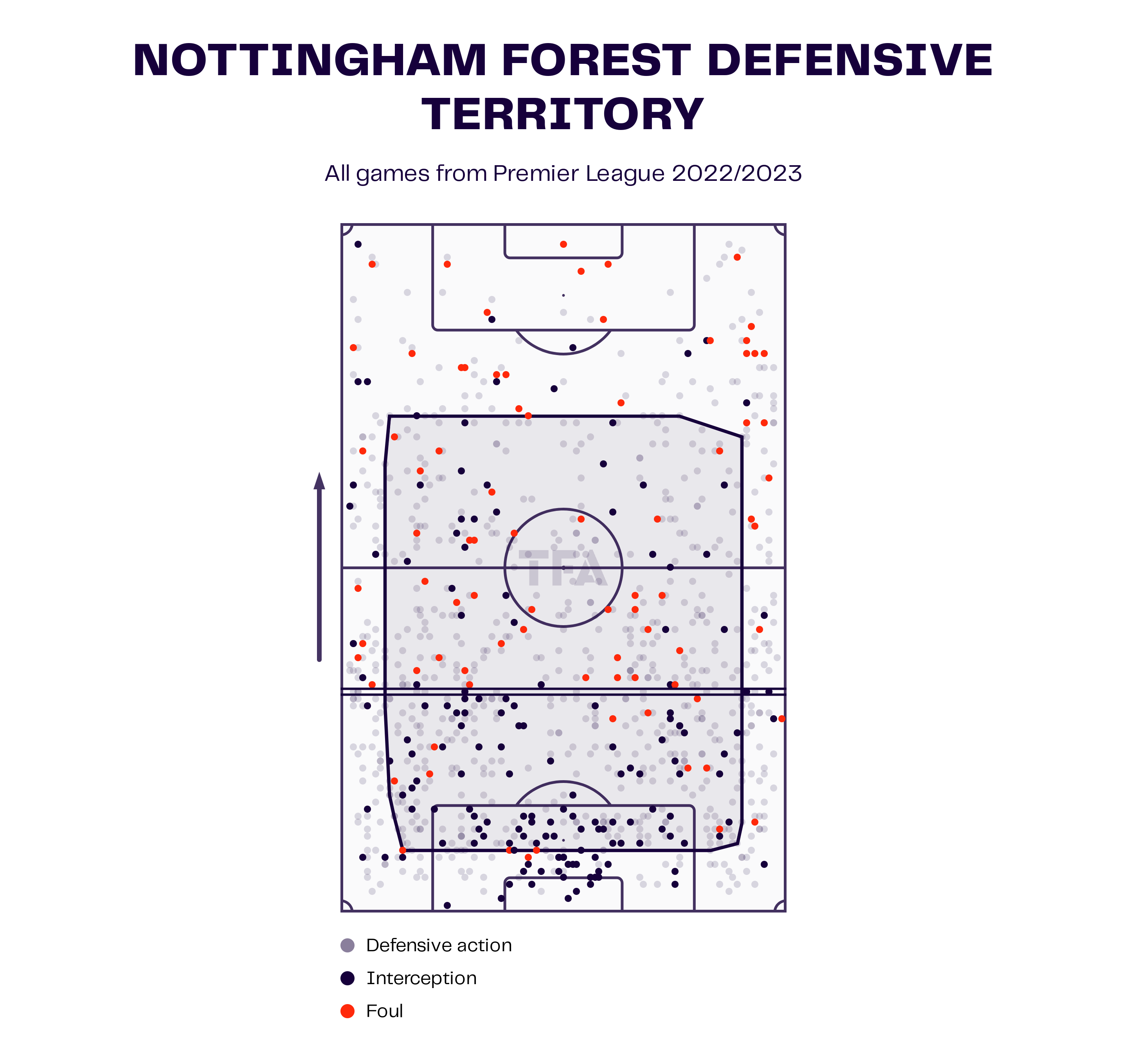 Nottingham Forest have struggled on the road, picking up only two points in seven away games. They have only scored one goal and conceded 19 in return. The above viz shows the defensive territory of the team this season. Forest players give away more than 11 fouls per match and are booked at least twice in the match. They have also conceded a few silly penalties by committing fouls inside the penalty box. 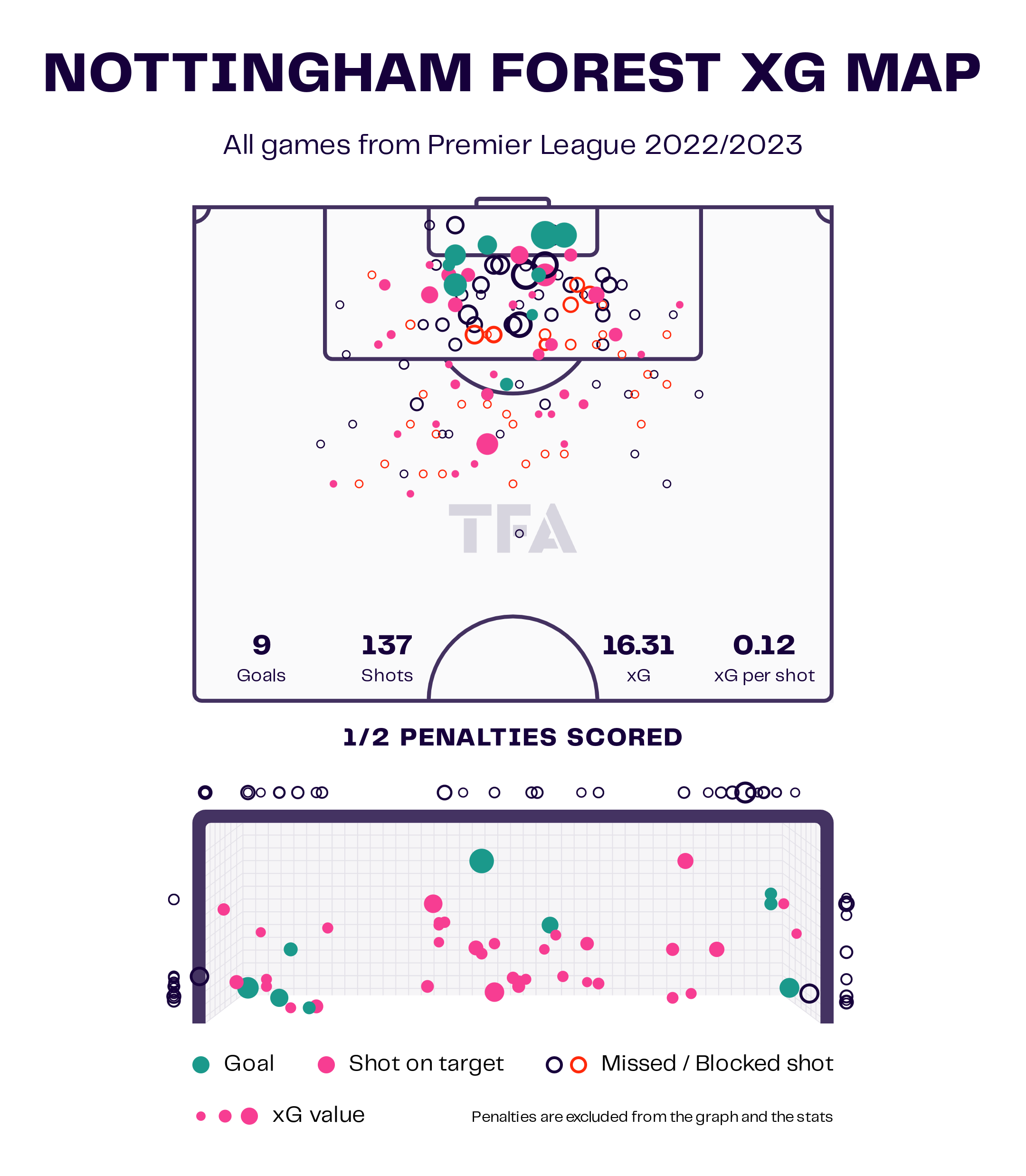 The visitors have only scored one goal in seven away matches. Overall, they average 21.87 positional attacks and 2.2 counterattacks per match. In away matches, the average goes down to 18.7 positional attacks and two counterattacks per match. The average number of shots per match falls from 9.27 to 7.29. The above xG map shows that Forest players have failed to hit the target on most occasions from inside the penalty box. Their struggles in attack, as well as defence, could become a big factor in their relegation battle.

How could Ten Hag’s men line up? 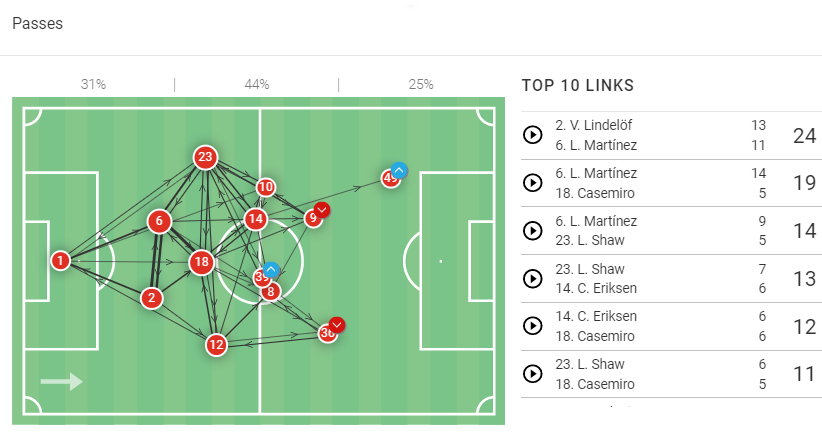 Eric ten Hag has a few injury concerns at the back, as three of his regular players in the back four are missing due to injuries. Raphael Varane and Diogo Dalot are injured, while Lisandro Martinez has taken an extended break following the World Cup win. However, there are a few positives in the attack, as Anthony Martial has returned and Bruno Fernandes and Marcus Rashford were on top of their game in the World Cup. In this match, they are likely to continue with the 4-2-3-1 formation. The above graph shows the average position of the team in their last English Premier League match. They are likely to stick with the same game plan, and Martial is expected to lead the line. 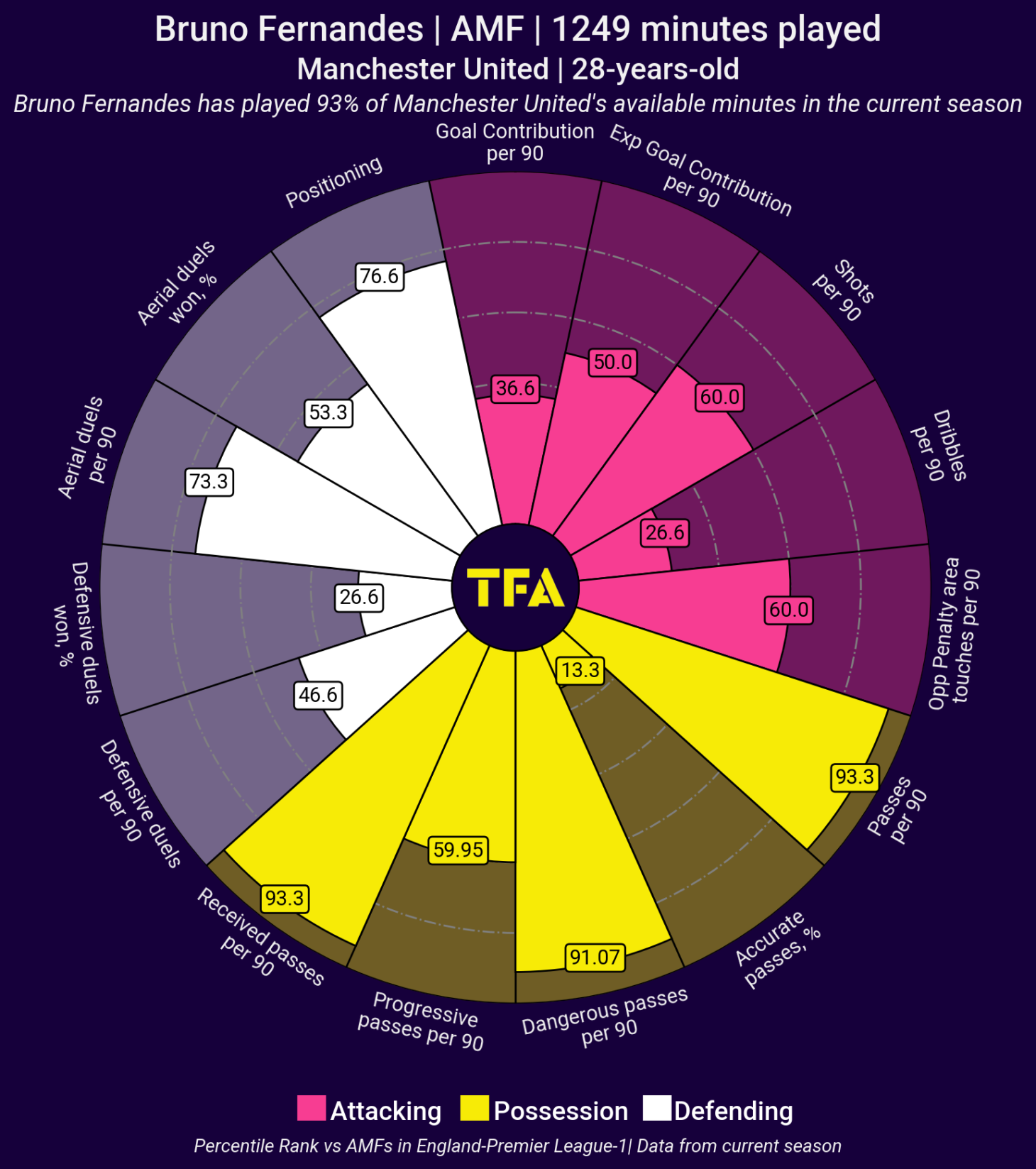 Bruno Fernandes has been a regular contributor for Manchester United. However, this season, he has only two goals and one assist in 14 league appearances. The above viz shows the overall stats of the player in comparison to the other attacking midfielders in the league. It can be observed that Bruno likes to dictate the play and gets involved in a lot of actions. In four World Cup games, he scored twice and assisted three times. The fans will expect some fireworks from their Portuguese midfielder. 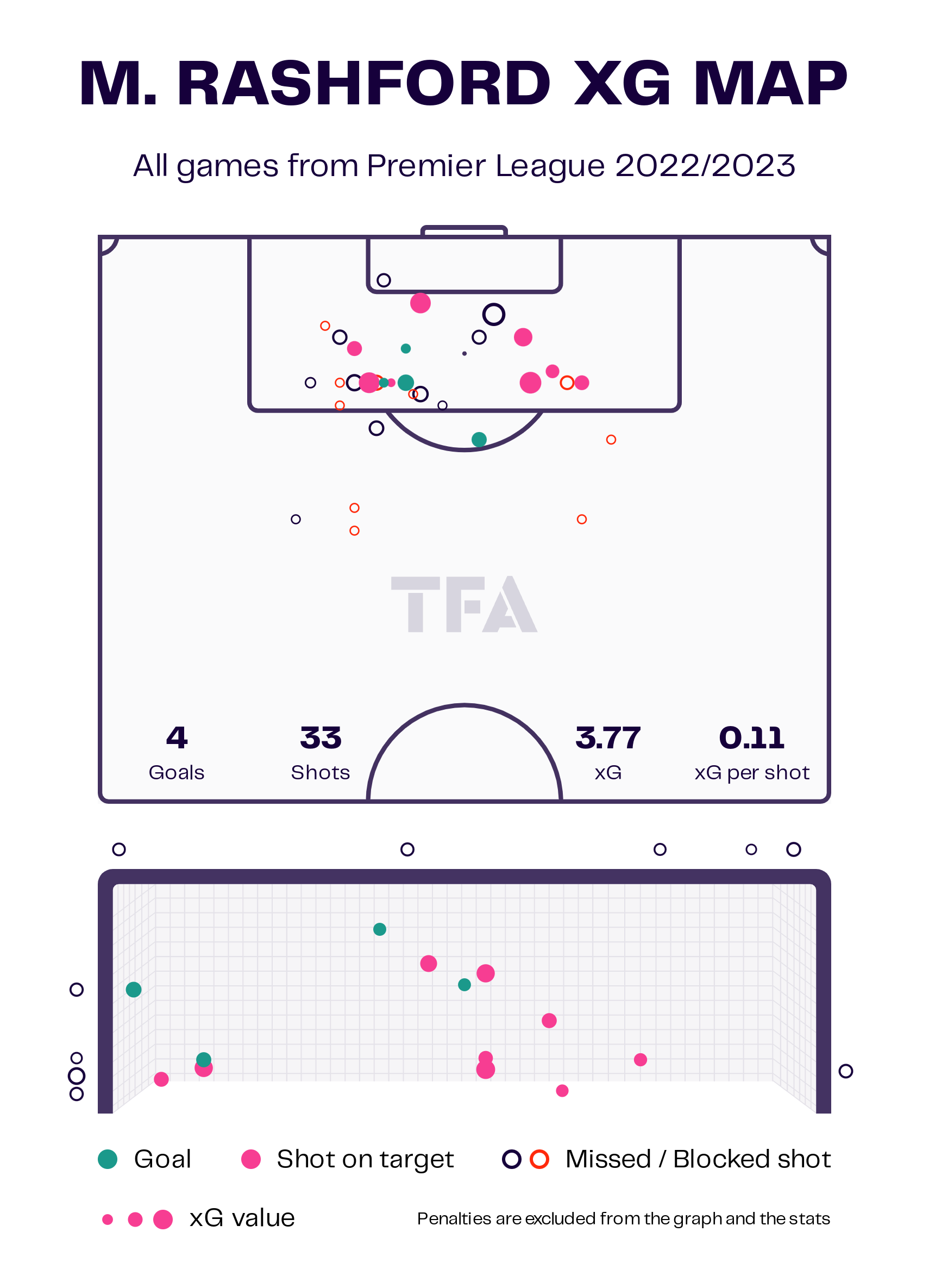 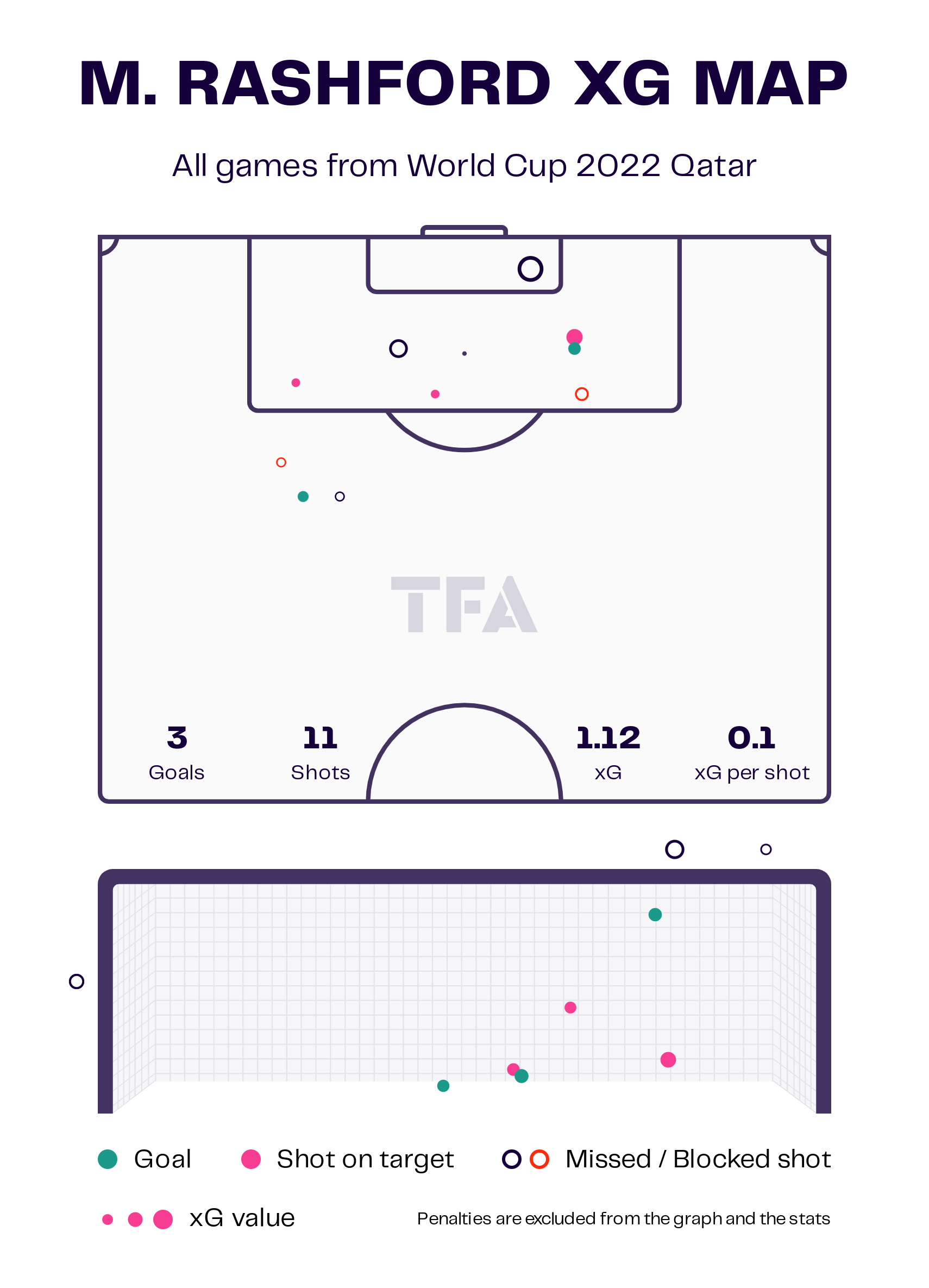 Marcus Rashford was another player who scored well for the national team. He had scored four goals in the league and then went on to score three goals in the World Cup. The striker carries a great threat on the counterattacks and has recently scored from a direct free-kick. He will be the main threat for Forest.

Manchester United will be without the likes of Diogo Dalot, Lisandro Martinez, and Raphael Varane. Harry Maguire is also a doubt along with Jadon Sancho.

Manchester United have the edge over the struggling Nottingham Forest side. They are better on the attack and have managed to secure wins this season. Forest are likely to have a tough test at the office.