AFC Bournemouth earned a promotion to the English Premier League after spending two years in the EFL Championship. They decided to bring in some fresh faces to strengthen their team and avoid relegation. One of the players that was brought in was 23-year-old Marcus Tavernier from Middlesborough. He is the younger brother of Rangers captain James Tavernier and is also regarded as a future prospect for his country. The 23-year-old was in the plans of the manager since day one, and since then he has started in 15 matches played by Bournemouth in the league this season. We’ll now look at some of the player’s stats to see how Bournemouth’s £12 million investment has begun to pay dividends in England’s top flight. 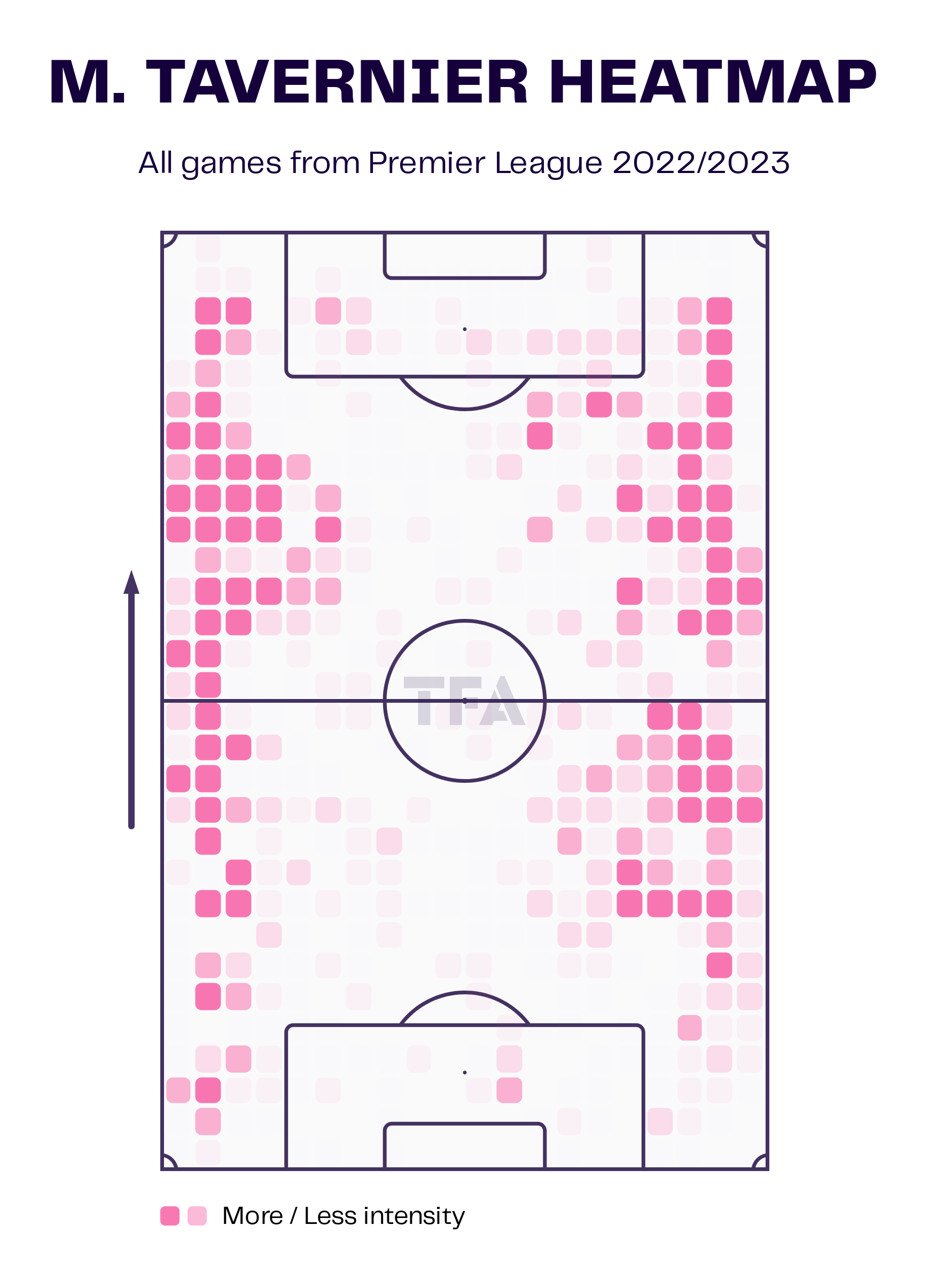 Marcus Tavernier made his English Premier League debut against Aston Villa. Till now, he has made 15 appearances in the league, and the above heatmap shows that the manager has used him on both wings. This shows his versatility and adaptability on the pitch. However, things never started in the way that Tavernier expected. It took him 13 matches to provide his first goal-scoring contribution. He came to life in the last three games, as he bagged two goals and four assists. One of the things that amaze the most is that Tavernier played as a right back, left winger, and right winger in these three matches.

The recent run of form 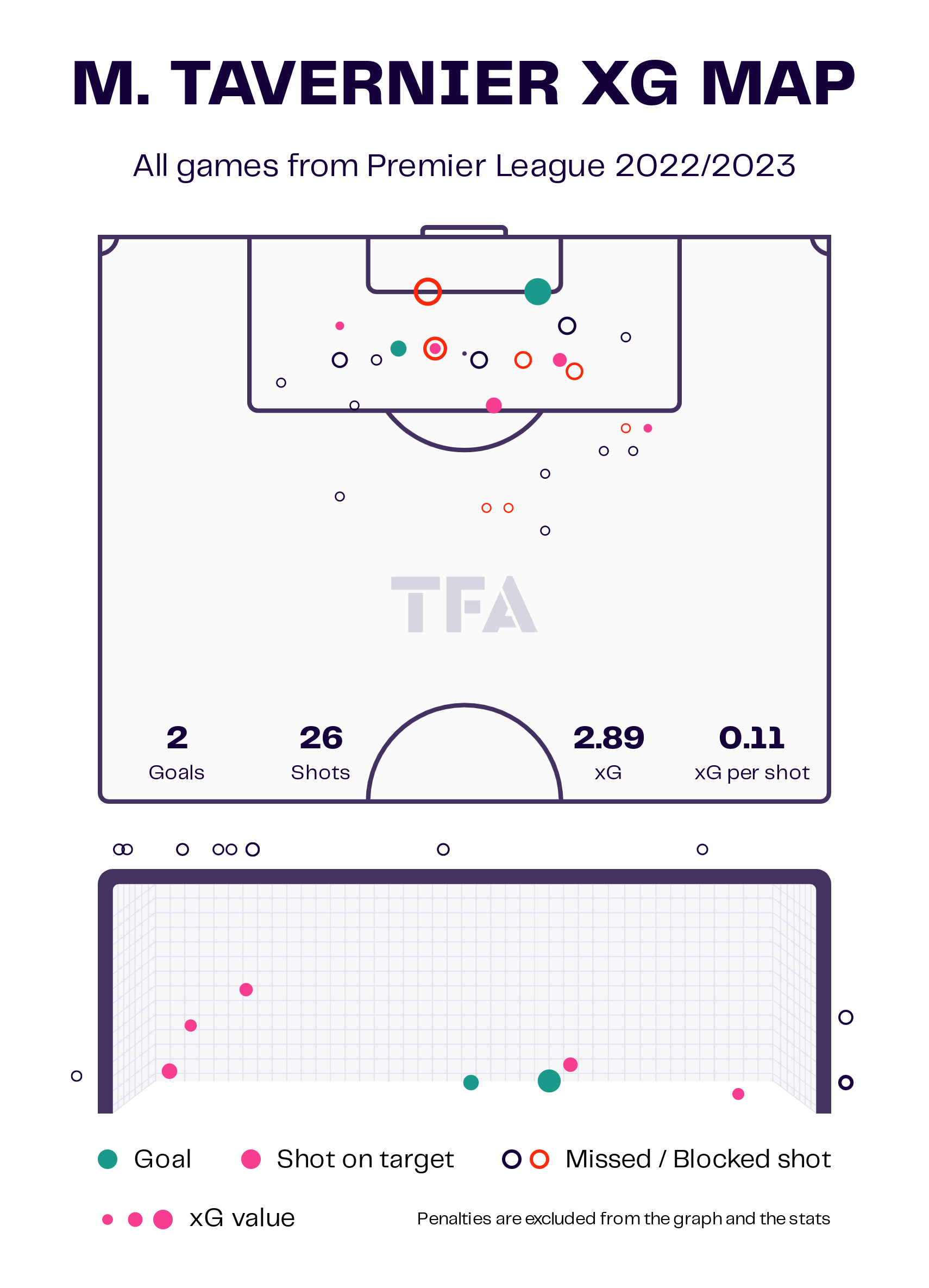 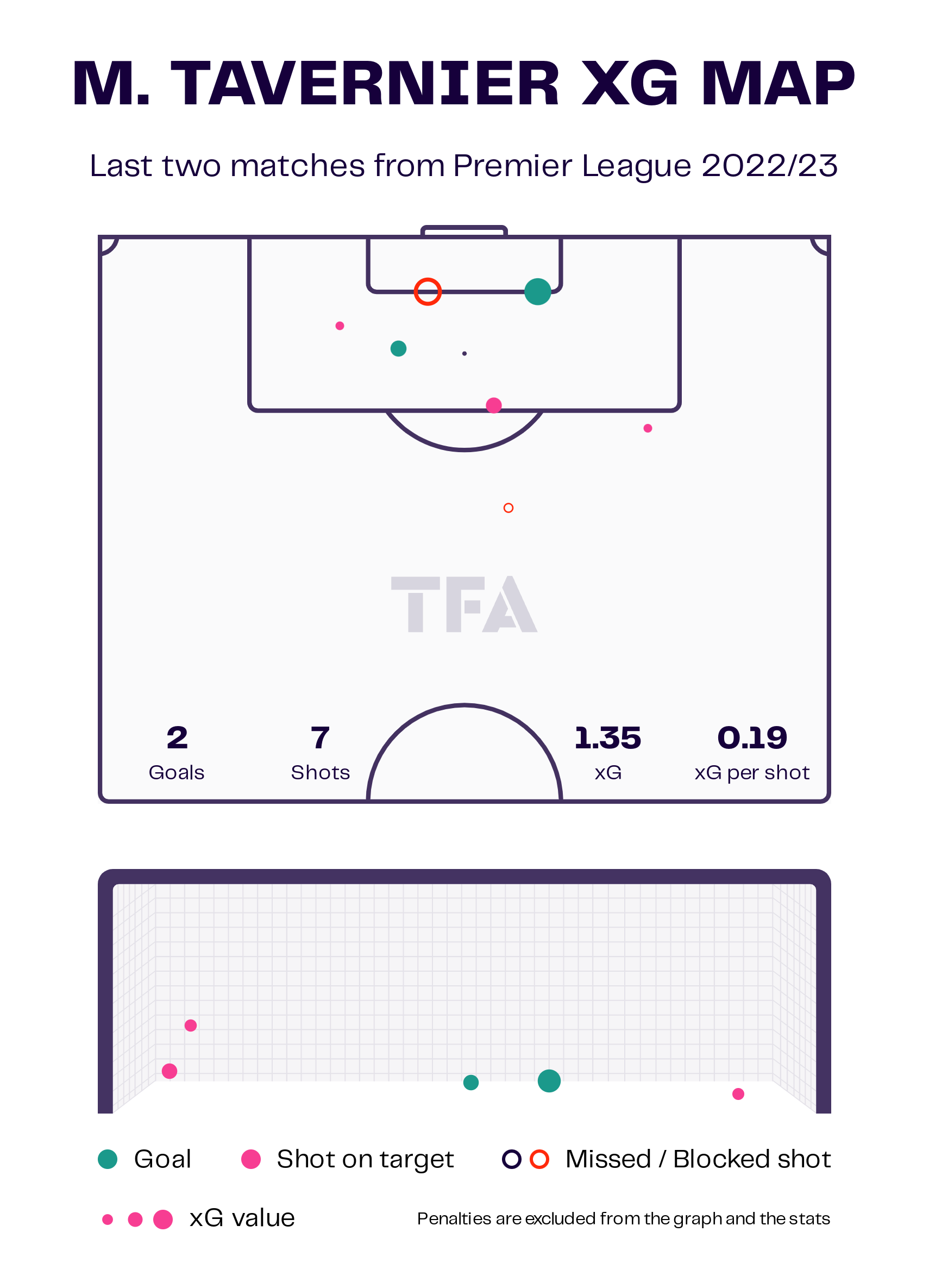 Marcus Tavernier scored five goals and assisted five others in 44 appearances in the Championship last season. This season, he has tried to find the back of the net 26 times and has managed to hit the target seven times. The overall xG map shows that Tavernier has taken more shots playing from the right wing. The last two matches have been the most productive for him this season. He took seven shots and managed to hit the target five times. The other two shots have been blocked, and this shows that the player has shown tremendous improvement in shooting the ball. 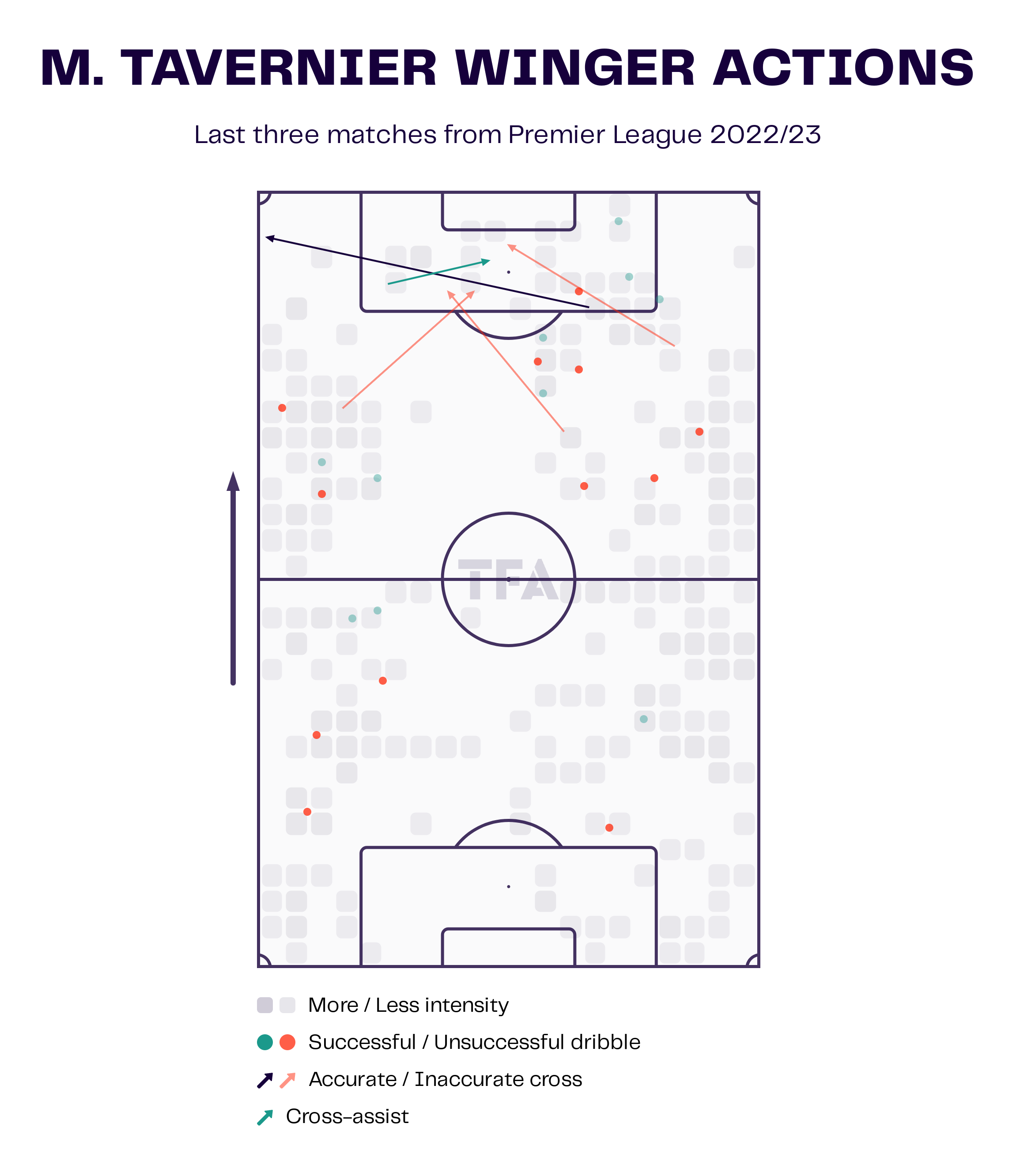 Another area where the winger has become effective is in his ability to set up goals for his teammates. In the last three games, has provided four assists, one of which came from a low cross into the box. The above viz shows his winger actions in the last three games. We can observe that Tavernier attempts fewer dribbles when playing on the left wing, and most of these have been attempted away from the penalty box. On the right side, he likes to take on the defenders inside the penalty box and has managed to win a few dribbles inside it.

Marcus Tavernier has started to make his mark in the English Premier League. His goal contributions were in vain in the first two games, but the Cherries recorded a win in the final match before the World Cup break, and Tavernier has a goal and an assist to his name in that match. The youngster will look to make more of an impact in the remaining season and help his side in the relegation battle.