Aston Villa made a very poor start to the English Premier League 2022/23 with just 12 points in the first 13 games. They had won three, drawn three, and lost the remaining seven matches. The board decided to dismiss Steven Gerrard from the managerial position after a poor start and decided to replace him with the experience of Unai Emery. He was bought in from the Spanish club Villareal and has also spent some time in North London managing Arsenal. The change made a sudden impact as Emery’s side recorded a win in his first match as Aston Villa’s manager. This was followed by another three points in the next match. The manager changed the approach of the team, and we now look at some of the stats that show what Emery has brought to the table for Aston Villa.

A change in approach

Unai Emery led Aston Villa to a 3-1 victory over Manchester United in the first match. This was followed by a 2-1 victory over Brighton & Hove Albion. The above two images show the formation used by the manager in both matches. Against Manchester United, the team played in a 4-4-2 formation throughout the match. In the next match, Villa started in the same formation but ended in a 4-4-1-1 formation. This formation hasn’t allowed Villa to keep hold of the ball, but they have been effective with their attacks. Steven Gerrard used five different formations during his time at the club, and these changes didn’t go in favour of the former Liverpool player. 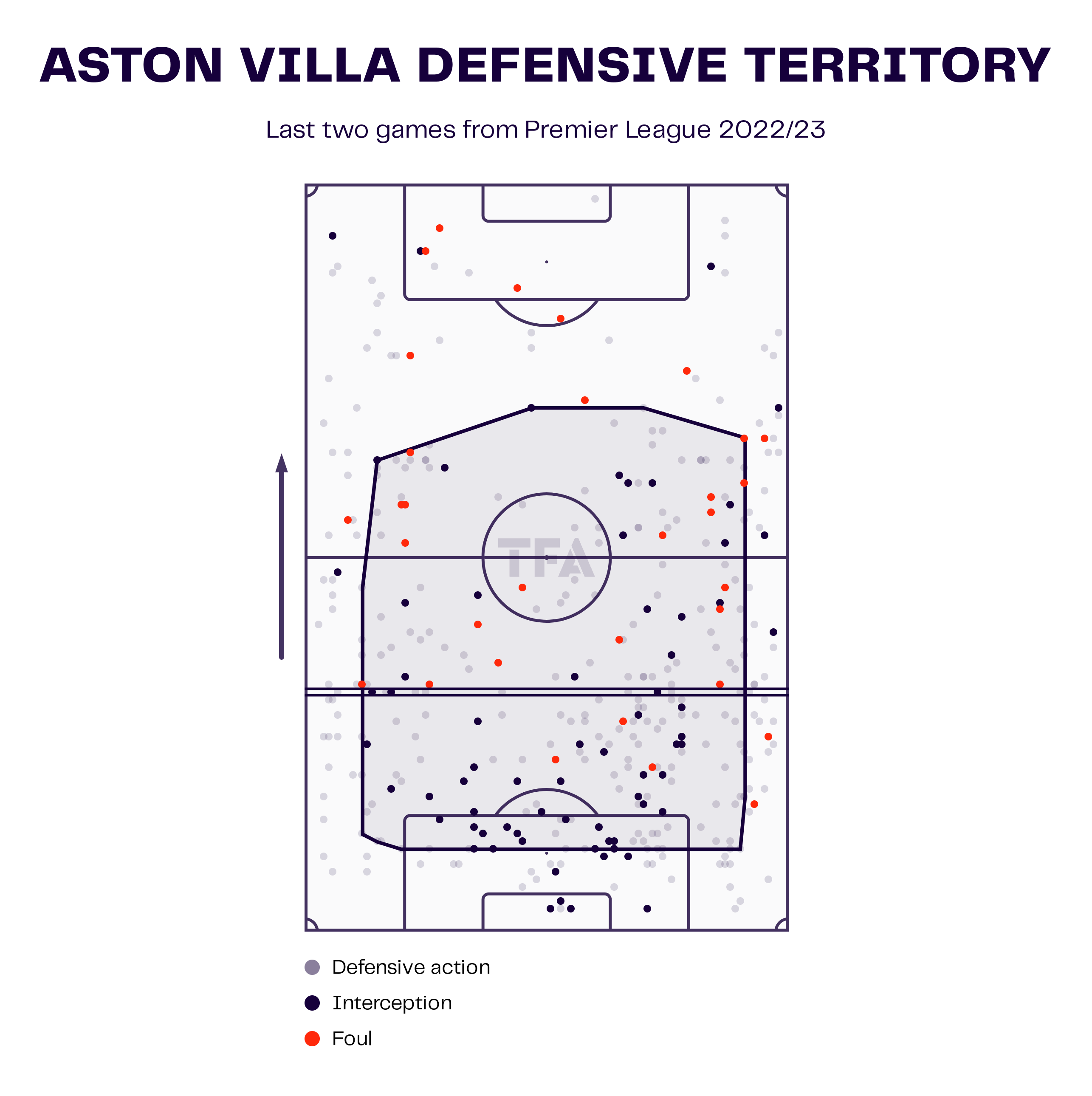 Aston Villa failed to keep a clean sheet in both matches. However, the defence gave some excellent performances and earned six points for the team. The interception rate in both matches was higher than the average rate per season. Against Manchester United, the team made 63 interceptions, and 52 interceptions were made against Brighton. The average rate of interception for the team is 44.13 per match. Other than this, the defensive duels’ win percentage in the first match was 58.62%, and in the next match, the team won 69.49% of its duels. The above graph shows that the team has made some crucial interceptions inside the penalty box to stop the opposition’s play. The manager will expect his players to keep clean sheets for the remainder of the season. 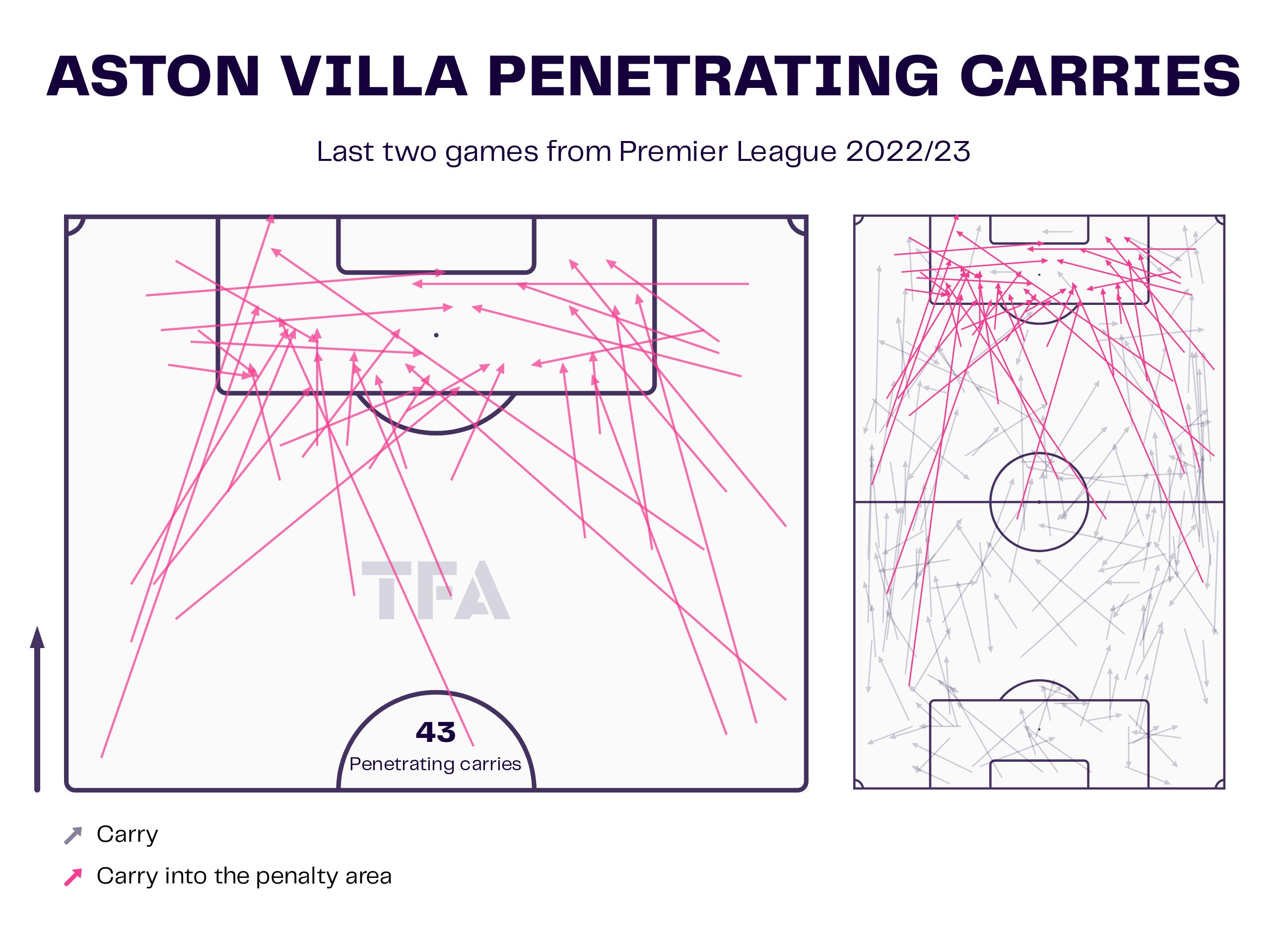 Aston Villa created fewer attacks than the average number of attacks per season but managed to score five goals in two matches. Earlier, they only scored 11 in 13 English Premier League matches. The penetration carries into the penalty box shows that most of the box penetrations are from the wide sides. The team likes to carry the ball down the wing, especially from the right side. 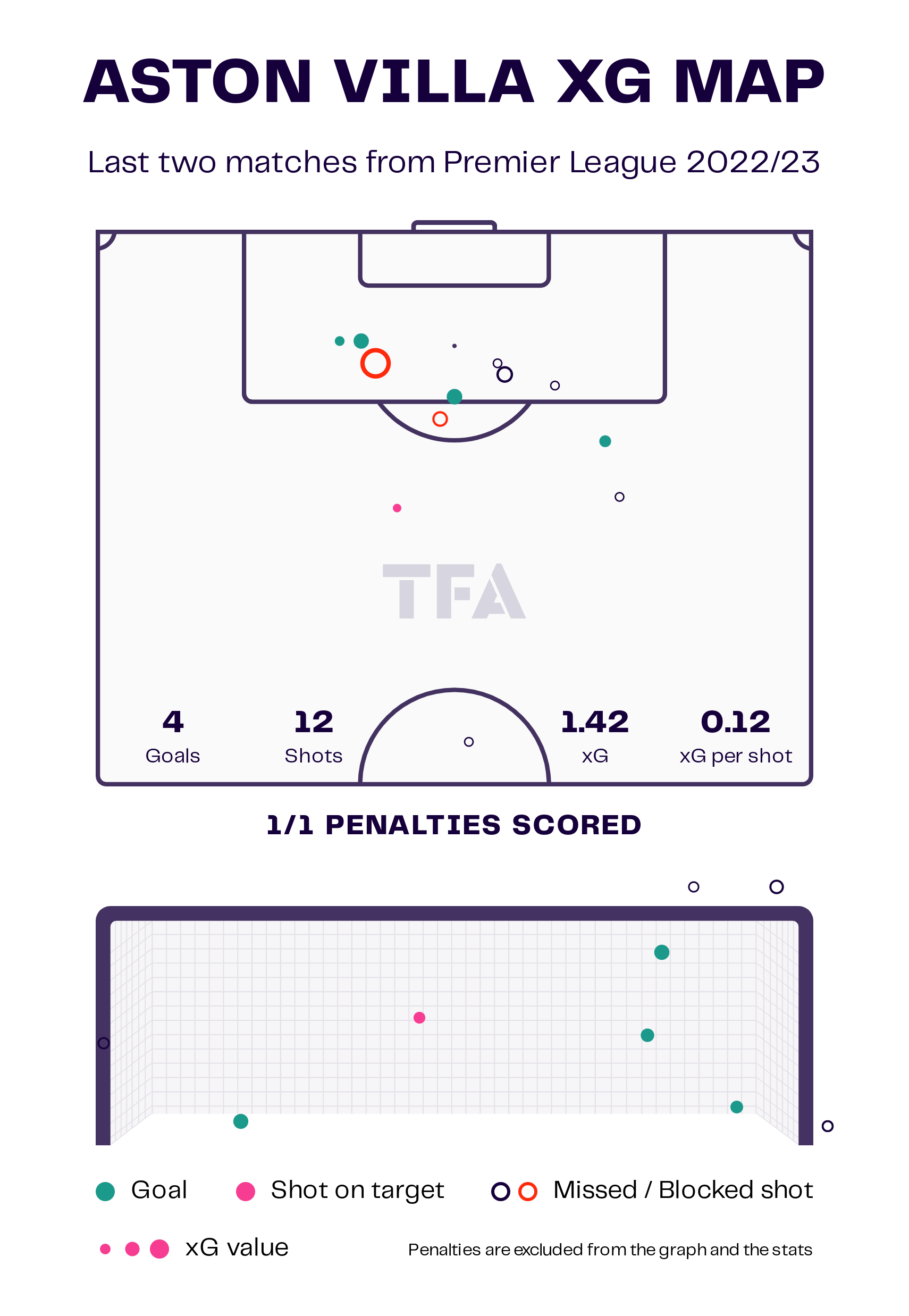 Aston Villa have an average of 26.2 positional attacks per match, and they take 10.67 shots with a 35% accuracy rate. In the last two matches, Villa created 17.5 positional attacks on average and attempted 6.5 shots with a 46.1% accuracy rate. This shows that the finishing has been clinical. A total of four goals were scored from inside the penalty box and one from a direct free-kick. 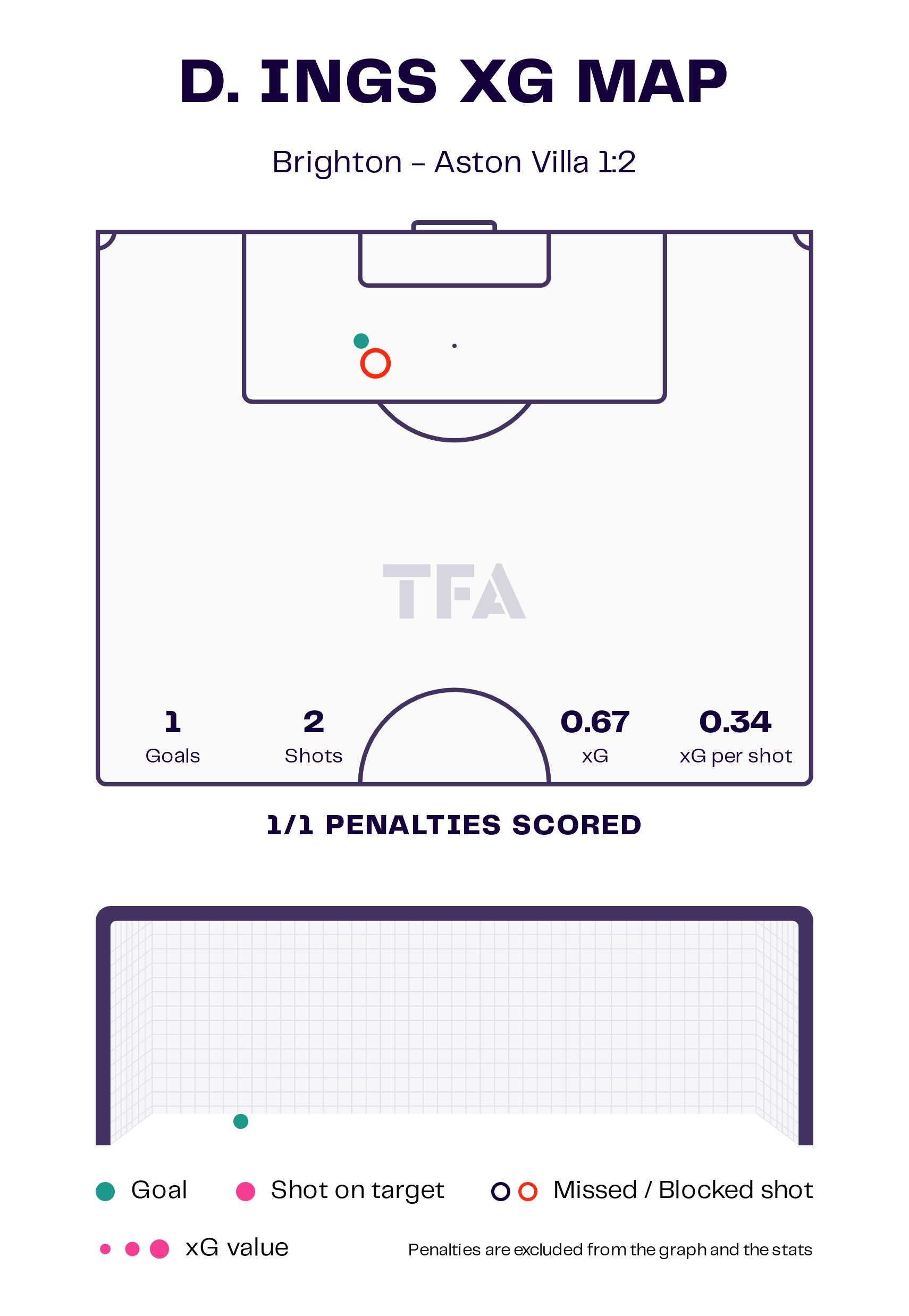 Danny Ings was the hero of the last match, as he scored a brace for his side. The English striker scored both goals from inside the penalty box, with one coming from the penalty spot. He will be a key asset going further into the season.

The managerial change has shown some positive results for Aston Villa. They have performed well at the back as well as in the attack. The players have also adapted well and are giving some impressive performances. Unai Emery will expect his players to show positive results, and the fans will be hoping that they qualify for the European competition.