Andreas Pereira finally made a permanent move away from Old Trafford after spending eight years at Manchester United as a player. He made his debut for the club in 2014-15 but failed to cement his place in the starting 11. The 26-year-old spent four spells away on loan at Grenada, Valencia, Lazio, and Flamengo. The Red Devils offloaded the player to fellow English Premier League club Fulham in the summer. The Brazilian was also searching for some regular football, and this move has surely helped him. Pereira has started in all 15 games played by Fulham in the EPL and is hitting the headlines at Craven Cottage. We have a look at some of the stats that show how regular football has helped Pereira make his name in a Fulham shirt. 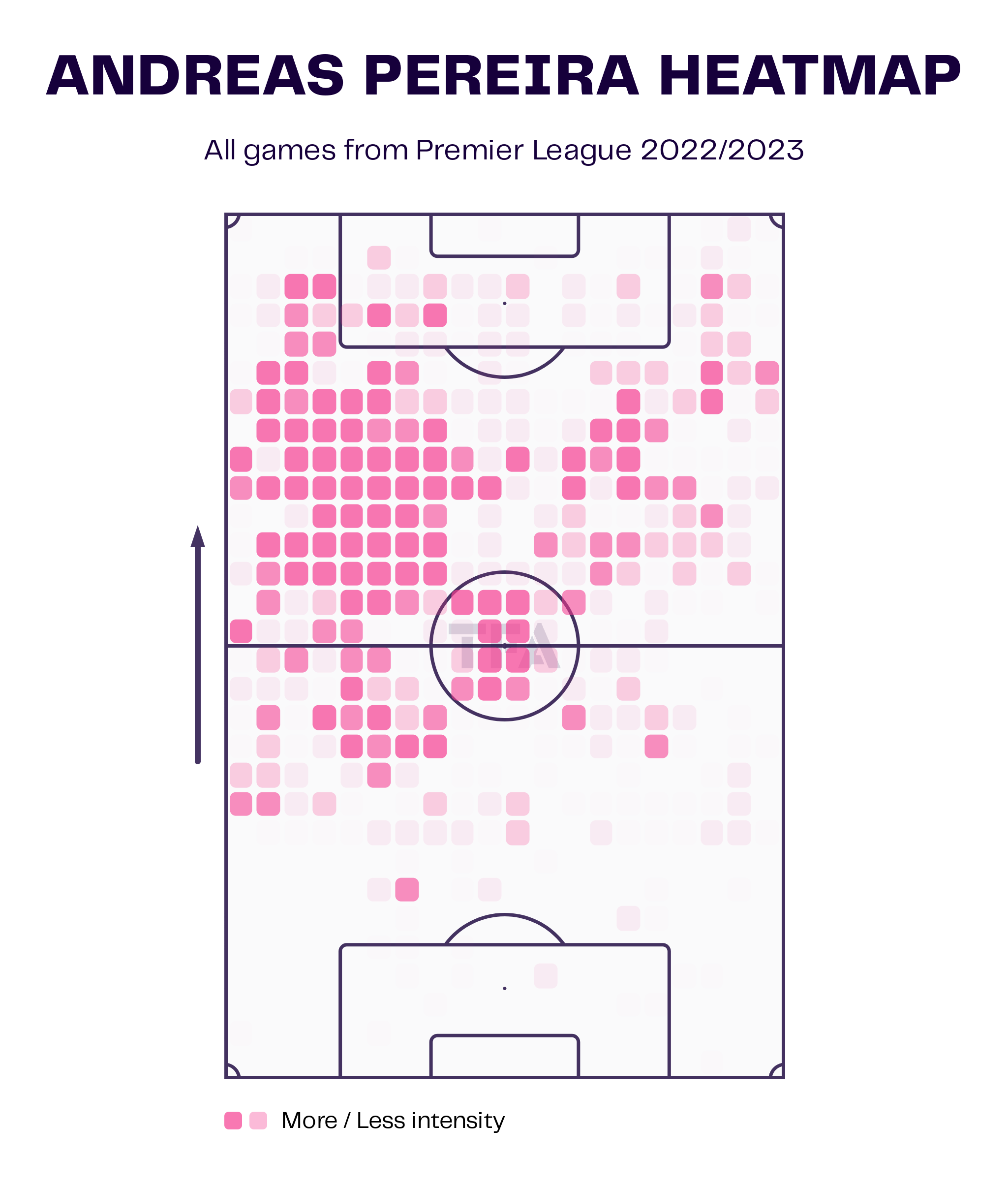 Andreas Pereira is a natural number ten and has earned 15 starts in the English Premier League this season. The 26-year-old has gone on to score two goals and also has four assists to his name. Before making his Fulham debut, Pereira had appeared in 59 EPL games and started in 38 of them. Pereira scored four goals and assisted eight times in a Manchester United shirt. Despite playing in the number ten position, the above viz shows that Pereira prefers to drift to the left side. 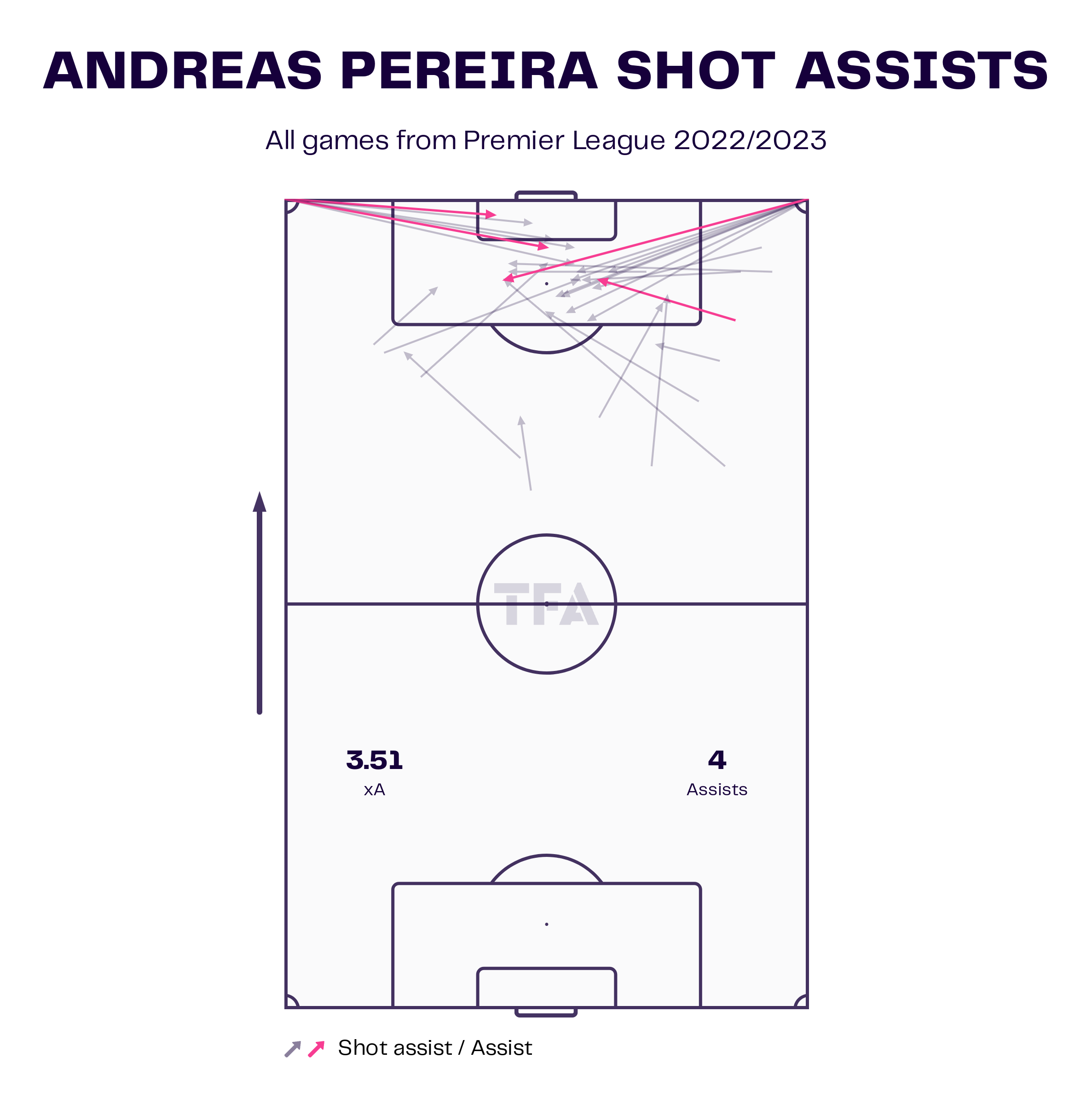 Andreas Pereira was brought in by Fulham to help them create goals and ensure safety in the league. The Brazilian has lived up to expectations and has four assists to his name. Averaging 25.47 passes per 90 minutes this season, Pereira has a low accuracy rate of 67.5%. These 25.47 passes include four passes to the final third and 3.17 passes to the penalty box per 90 minutes. Andreas Pereira is also active on set-piece duties, and three of his assists have come from a corner. These set pieces have found a teammate on occasion and have generated an xG rate of 3.51. All the assists have resulted in a winning cause for Fulham, with two coming in one match. 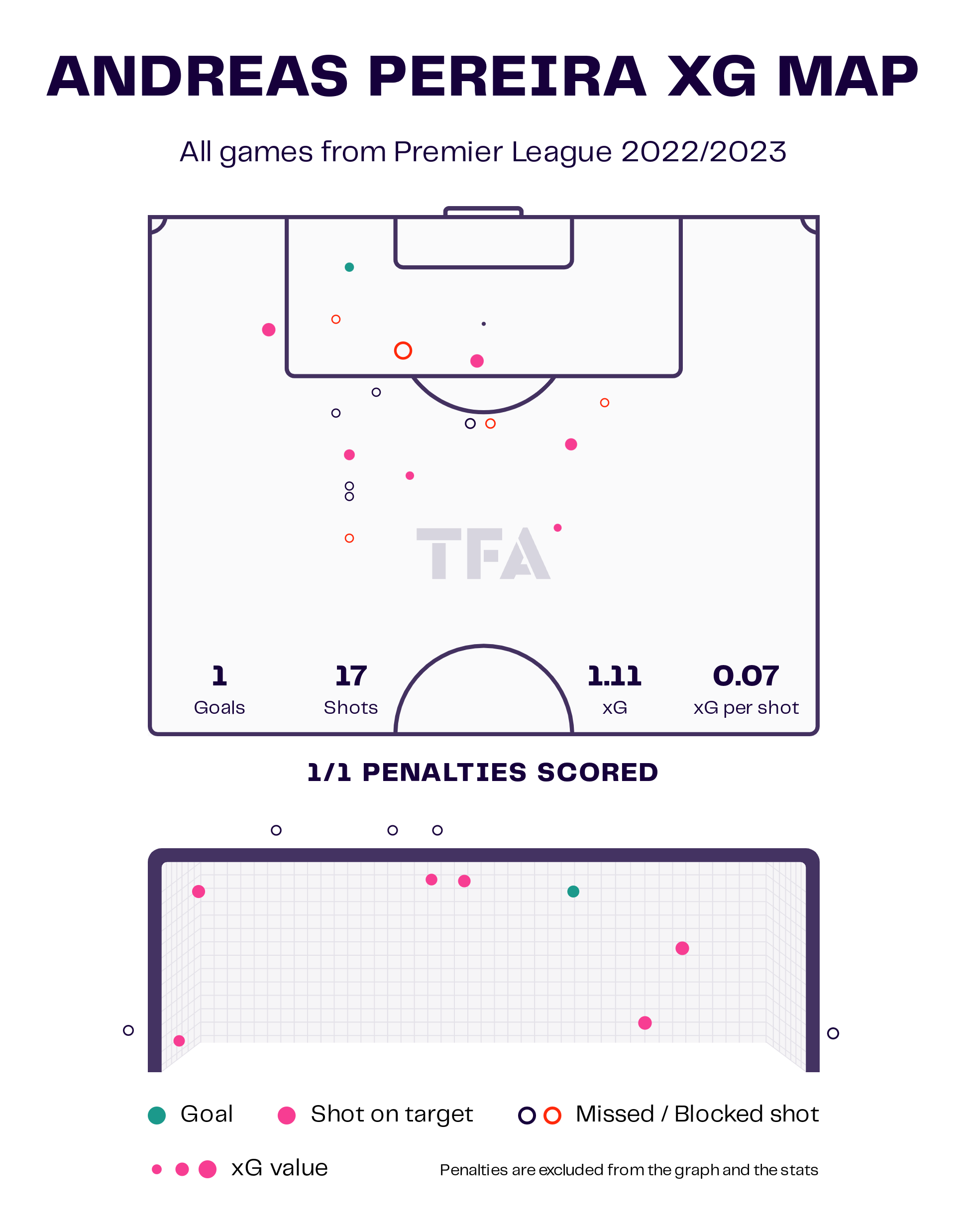 The 26-year-old has netted two of the 17 shots attempted by him. His 12-shot attempts came from outside the penalty box. The player has managed to hit the target eight times with only three attempts on goal from inside the penalty box. This is one of the reasons behind the low xG rate for the teammate. Most of the shots have come from the left side, and Pereira will be hoping for some improvement in the scoring department. 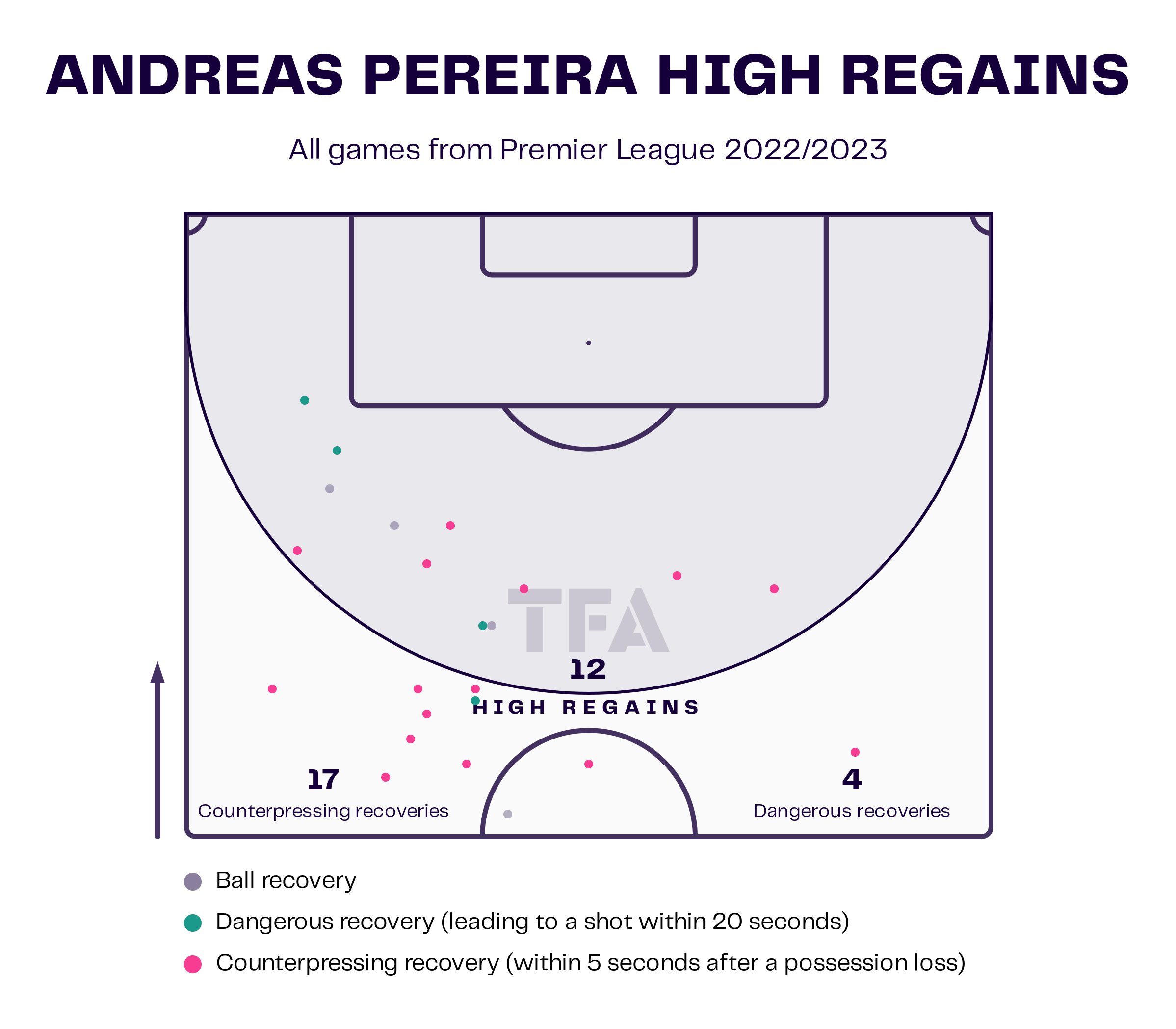 Andreas Pereira has worked hard to recover the ball in dangerous areas for Fulham. The Brazilian averages 2.69 recoveries per 90 minutes, with around 75% of them coming in the attacking half. This season, Pereira has managed 12 regains in the final third. Of these 12 recoveries, three have been dangerous and have led to a shot within the next 20 seconds of the recovery.

Fulham will be happy with the move they made for the former Manchester United midfielder in the summer. Andreas Pereira has been a key figure in Fulham’s starting 11, and his six goal-scoring contributions have helped Fulham make a decent start in the English Premier League’s 2022–23 season. The Brazilian will look to continue this form post-World Cup and continue to create goals for his team.