Manchester City returned to winning ways after a comfortable 3-1 victory over Brighton in the English Premier League. Erling Haaland was once again on the scoresheet and scored a brace in the second half. Leandro Trossard scored a goal inside the first ten minutes of the second half to give some hope to his side. However, Kevin De Bruyne denied the Seagulls an opportunity to make a comeback and scored the third goal and sealed three points for his side. Brighton are winless in their last five matches. 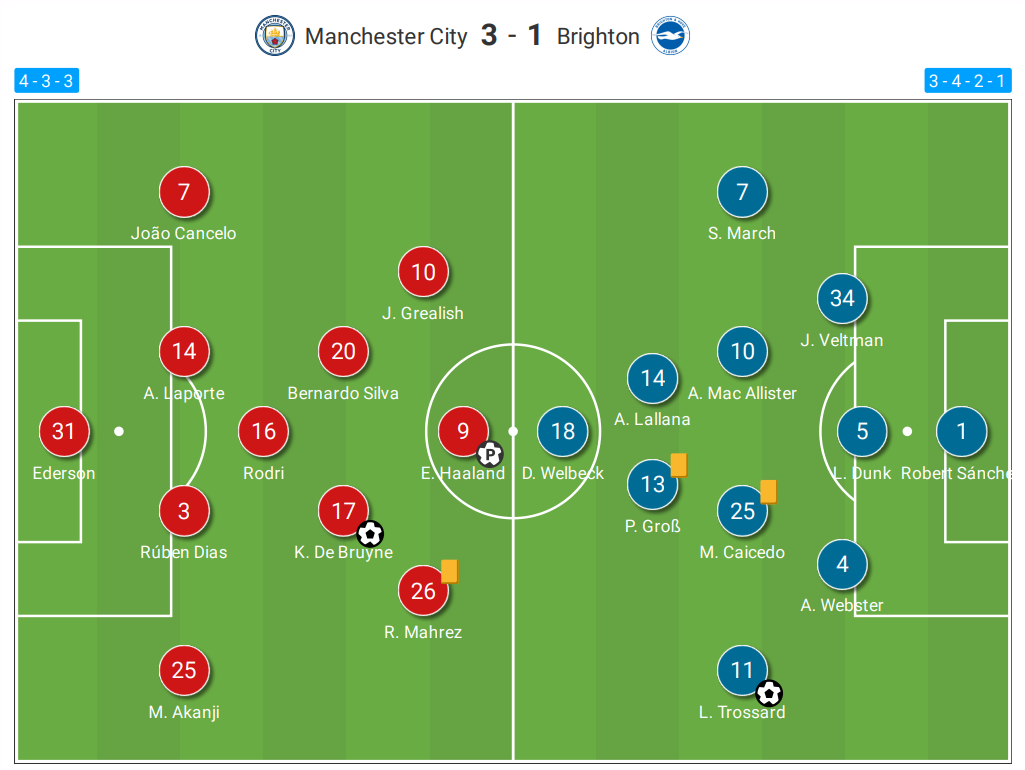